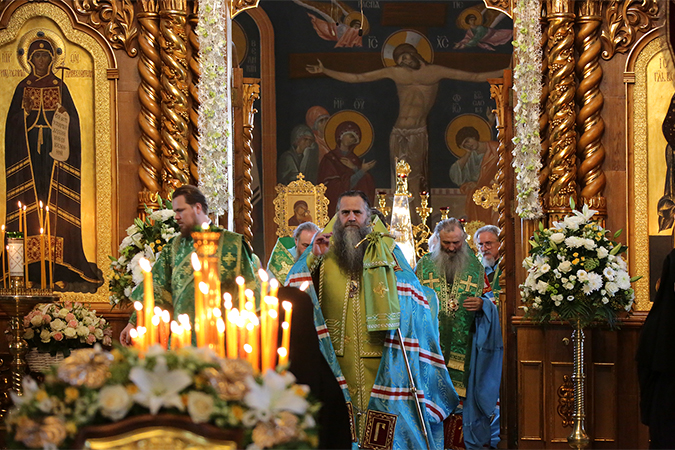 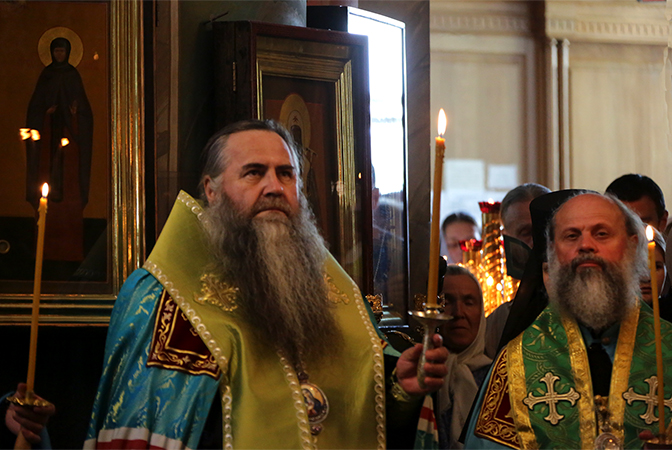 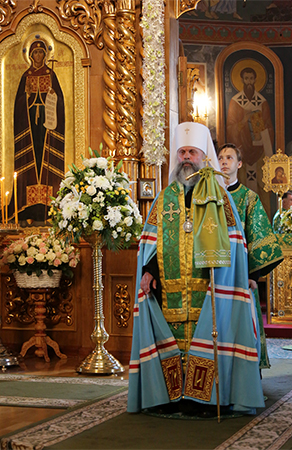 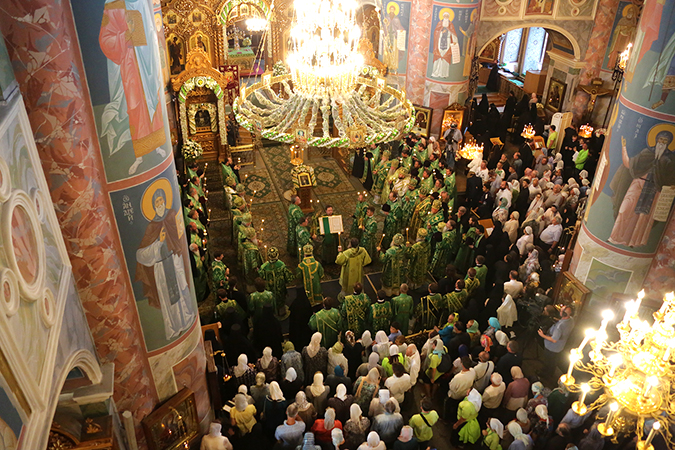 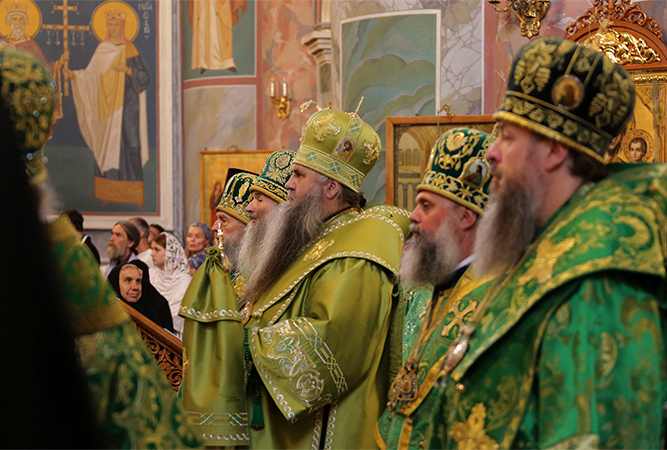 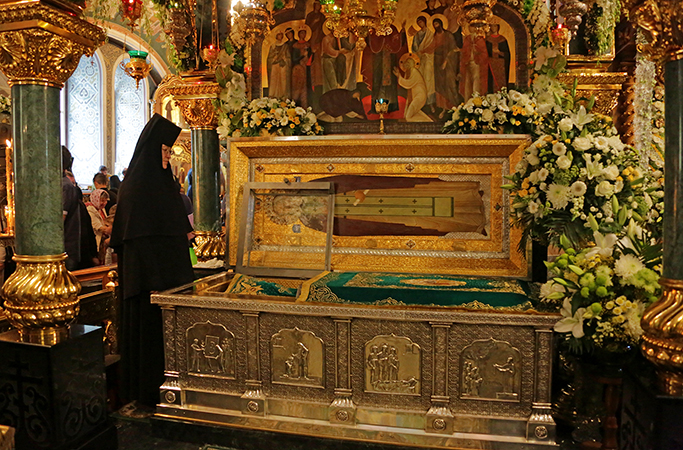 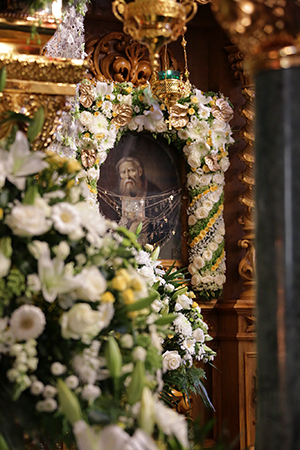 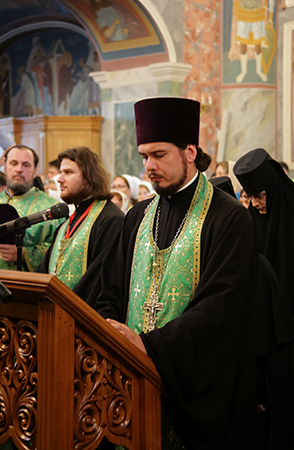 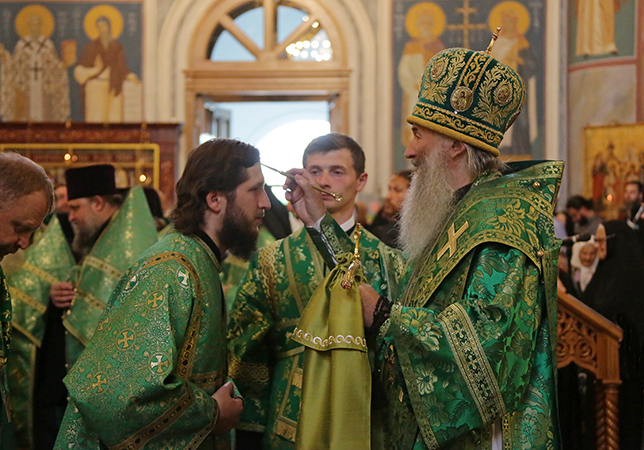 Pascha in the midst of summer in Diveyevo

This year, the Holy Church celebrates the 119th anniversary of the first finding of the relics of Venerable Seraphim of Sarov and his glorification among the saints. The appearance of the wonderworker of Sarov among the host of saints at the very beginning of the 20th century, on the eve of terrible trials that were to come upon Russia, has been providential: three pillars upon which Russia has leaned upon, expanded and grew strong – the Church, the Tsar and the Orthodox Russian people, – were made manifest at the festivities in Sarov in 1903.

The greatness of the God-pleasing saint lies not only in his asceticism, but also the remarkable intimate connection with the heart of every Christian. His service to the people continued even after his death. With integrity and beauty of his soul, the wisdom of his teachings, and spiritual vision about the paths of salvation, the venerable saint enlightens the minds and hearts of the faithful; his love, accepted from Christ, saves and helps us in sorrows, temptations, and illnesses. “Let the people of Christ now enter into the temple of the Diveyevo monastery, and appeal before your righteous relics, Venerable Seraphim, and ask for healing, health, and salvation through you who glorifies Christ,” – the Holy Church appeals in the festive prayer canon.

Today, on the eve of the remembrance day of Venerable Seraphim, hierarchical service was held in the Seraphim-Diveyevo monastery. Metropolitan Georgiy of Nizhny Novgorod and Arzamas presided at the All-night Vigil in the Trinity Cathedral with fifteen bishops concelebrating.

Following the festive service, the head of the Nizhny Novgorod Diocese congratulated all those who prayed there with the anniversary of the glorification of Venerable Seraphim of Sarov, the wonderworker of all Russia, among the saints.

His Eminence spoke about the great significance for the Russian people of the spiritual exploits by the wonderworker of Sarov: in the bitter time of ordeal, he appeared as a great comforter and a warm-hearted intercessor to everyone who suffered from sorrow and weakness.

Metropolitan Georgiy recalled that in his earthly life, Batiushka Seraphim predicted that Russia would suffer terribly under the yoke of militant atheism, but this time of hardship would pass and the country will be born again. We are witnesses and participants, Vladyka Georgiy has noted, of the fulfillment of the holy elder’s prophecies. In our days, the Holy Trinity Seraphim-Diveyevo monastery, the fourth lot of the Most Holy Mother of God, has turned to become one of the spiritual centers of the Russian land, where hundreds of thousands of pilgrims flock to heal their souls under the protection of the Queen of Heaven and the honorable relics of Venerable Seraphim.

In conclusion of his archpastoral address, the head of the Nizhny Novgorod Diocese has called all the faithful to pray to Venerable Seraphim with special zeal on this feast day so that he, standing before the throne of God, seeks out the spirit of wisdom, meekness, and humility for all of us.