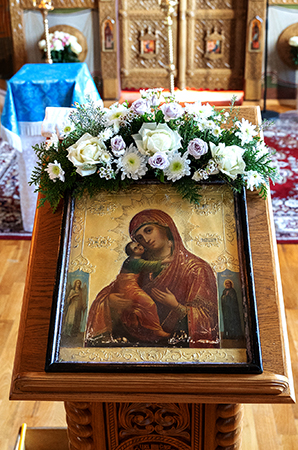 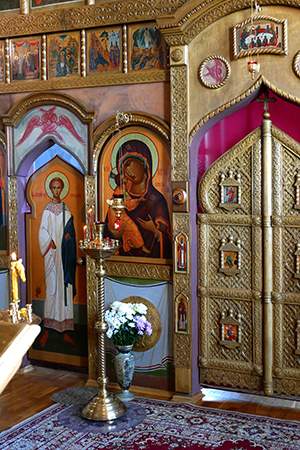 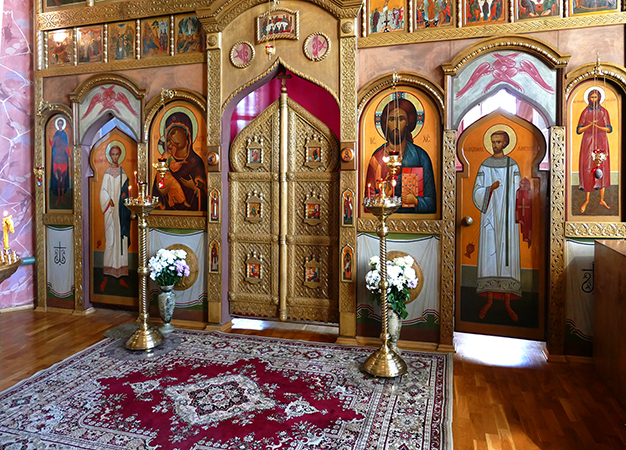 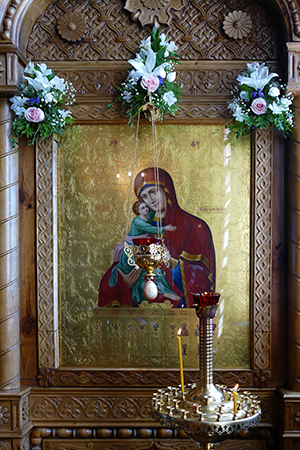 Feast of the Vladimirskaya Icon of the Mother of God

Today we commemorate the Most Holy Mother of God, Who revealed to us her intercession through the Vladimirskaya icon. In 1480, the first Russian capital was saved from the invasion of Khan Akhmat; its final liberation from the Golden Horde yoke came about not through the power of the sword, but via the miraculous intercession of the Mother of God. In a non-violent way, Russia was freed from the slavery of the yoke that weighed it down for many centuries.

Recalling the miraculous deliverance from the enemy hordes in the 15th century, we are filled with secure hope of getting help from the Most Holy Mother of God, Who never abandons and always intercedes for those who diligently follow Her Son and our God, the Lord Jesus Christ.

There are many copies of the Vladimirskaya Icon, all of them known for the miracles and favors that the Most Holy Mother of God outpours on the Russian land. The left side upper level chapel of the Trinity Cathedral is consecrated in honor of one of them, called the Vladimir Oranskaya Icon. Archpriest Igor Borisov of the Seraphim-Diveyevo monastery celebrated the early-morning Divine Liturgy there.