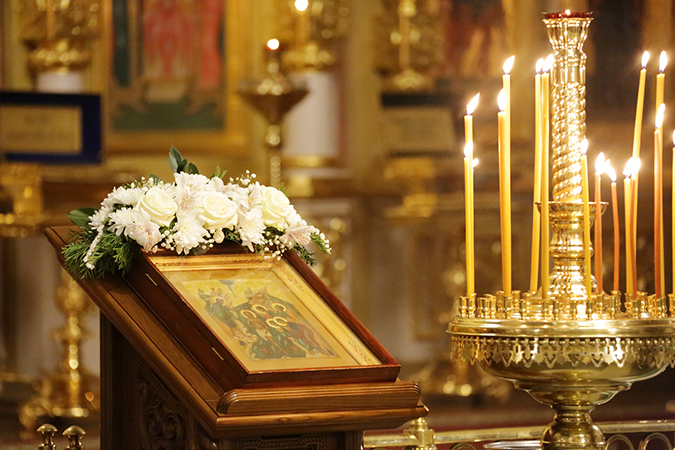 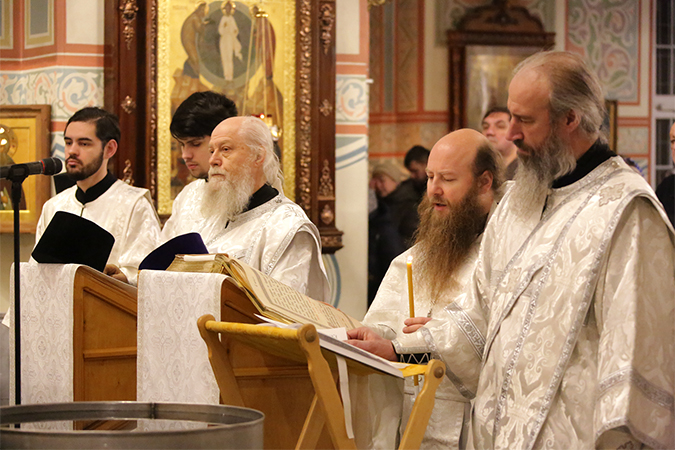 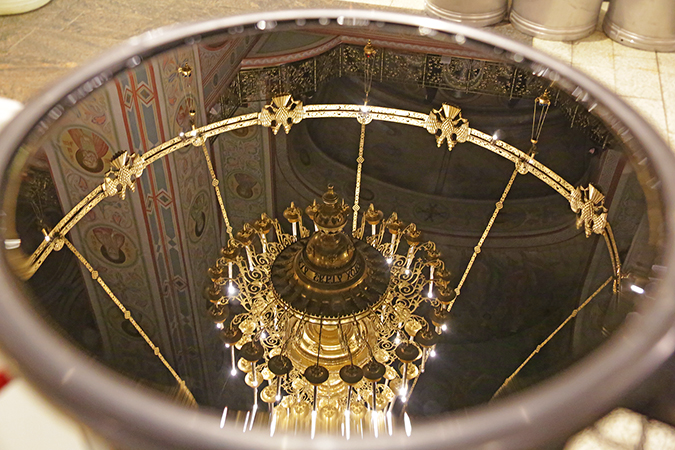 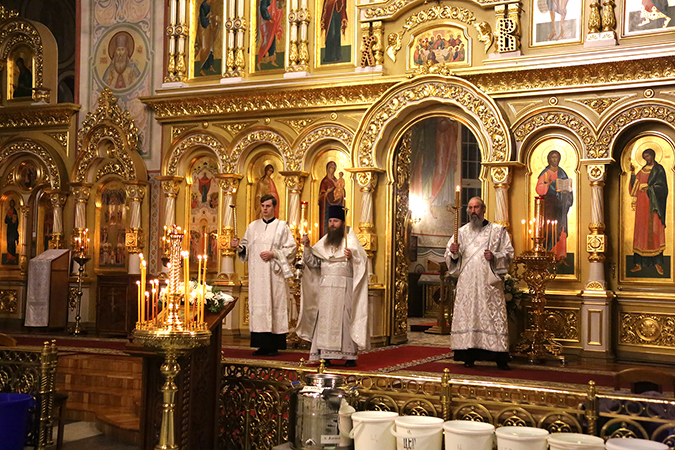 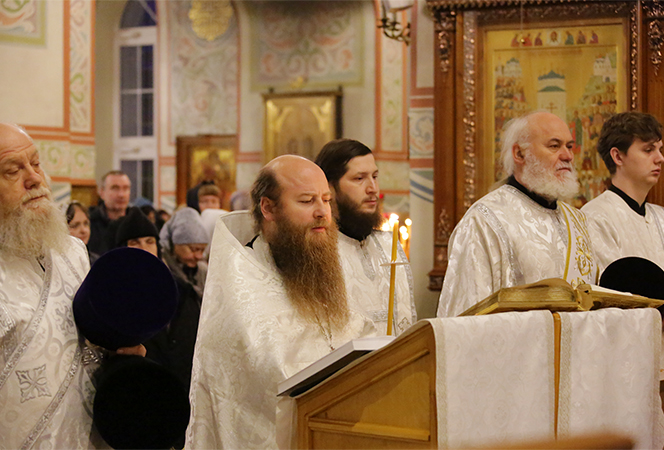 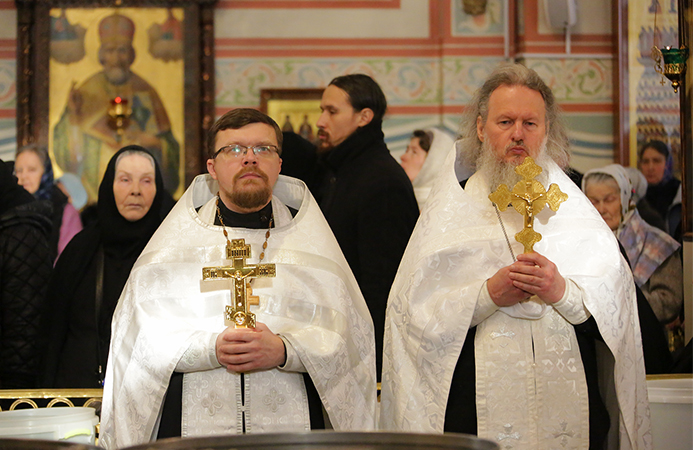 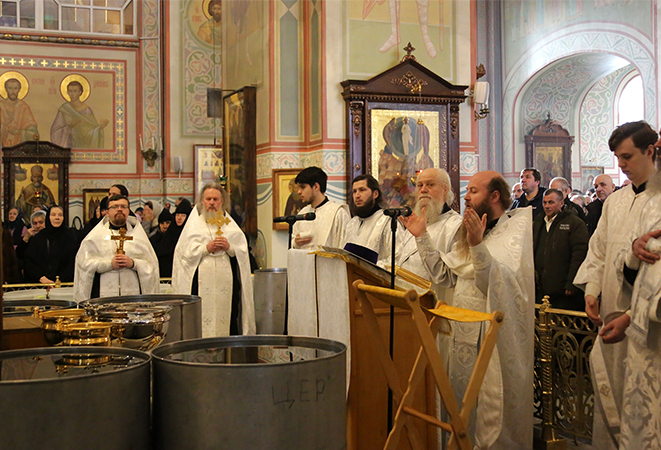 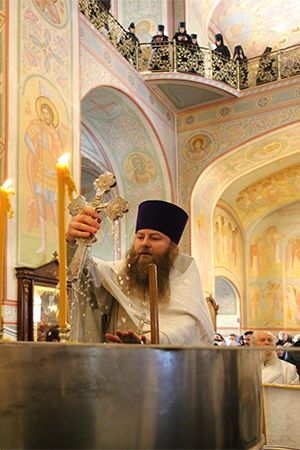 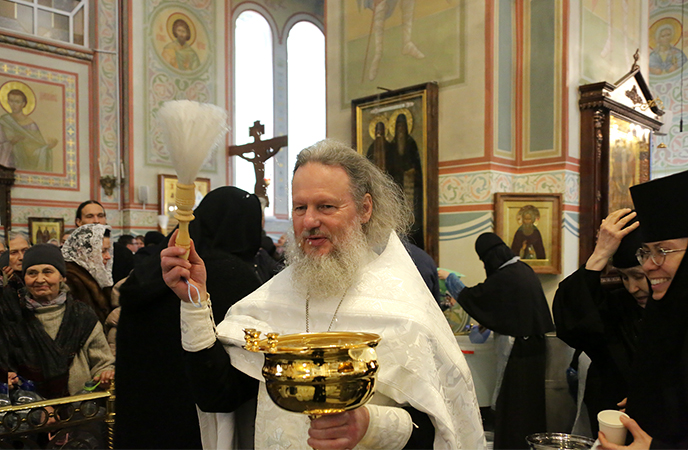 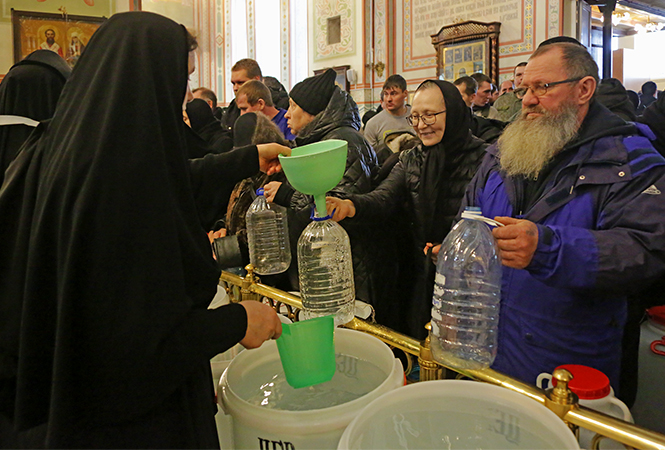 The Eve of the Theophany

The festive services of the Eve of the Theophany were held today in the Transfiguration Cathedral of the Seraphim-Diveyevo monastery. Royal Hours, Divine Liturgy, Great Vespers, the Divine Liturgy of St. Basil the Great, and the Service of the Great Sanctification of the Waters were celebrated there.

Today’s service is most reminiscent of Christmas Eve, and this day is also named the Theophany Eve. This similarity can be explained by the fact that, prior to the fifth century, the Nativity and Baptism of the Lord were celebrated on the same day, and the feast was known as Theophania, or the Manifestation of God, that meant the incarnation of Christ in the world and the appearance of the Most Holy Trinity at the waters of the Jordan.

At the end of the Divine Liturgy, as the troparion was sung, “The voice of the Lord upon the waters cries out, saying, Come, all of you, receive the Spirit of wisdom, the Spirit of understanding, the Spirit of the fear of God, of Christ Who has appeared,” the clergymen proceeded out of the altar to the middle of the church to perform the Service of the Great Sanctification of the Waters. On this day, the space throughout the quadrangle of the Transfiguration Cathedral is filled with containers of agiasma, the holy water sanctified on the Feast of the Theophany and the Eve of Theophany on the day before.

Today the Holy Church prays to the Lord to come through the descent of His Holy Spirit and sanctify the water to give it the grace-filled power: “And may it be given the grace of redemption, and the blessing of the Jordan: Make it a fountain of immortality, a gift of sanctification, a remission of sins, a healing of infirmities, a destruction of demons; unapproachable by hostile powers, filled with angelic might. And may it be unto all those who shall draw it, and shall partake of it unto the purification of their souls and bodies, unto the healing of their passions, unto the sanctification of their houses, and unto every expedient service.”

Following the Great Sanctification service, the priests, accompanied by the choir singing the festive troparion, went for a procession around all the monastic premises and blessed them with the waters of Theophany.