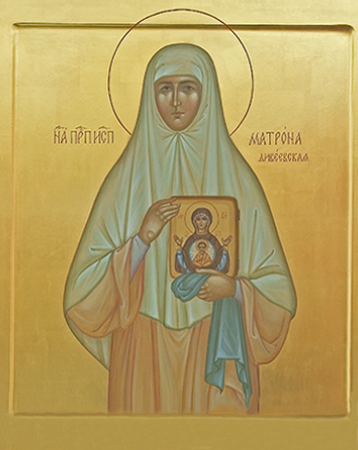 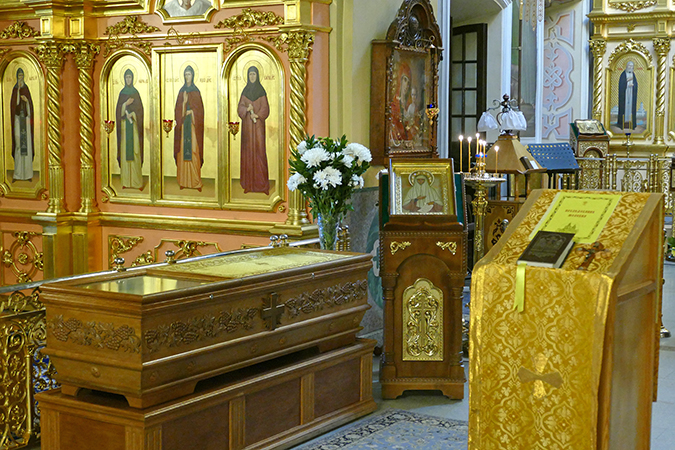 The uncovering of relics of Venerable Confessor Matrona of Diveyevo

The holy relics of the Venerable Confessor Matrona of Diveyevo were uncovered fourteen years ago on September 18, 2007. They rest today at Our Lady of Kazan Cathedral of the Seraphim-Diveyevo monastery. On such a memorable day in the life of our monastery, a prayer service was held before her relics.

The Venerable Confessor Matrona (Vlasova) was born in 1889 in the village of Puza of the Nizhny Novgorod governorate into a family of peasants. At the age of six, she was orphaned and placed in the care of the Seraphim-Diveyevo monastery. Following a life of obedience and prayer, the nun Matrona stayed in the monastery till its dissolution in 1927.

She was arrested three times after the dissolution of the monastery. In general, Mother Matrona spent almost nineteen years in the concentration camps of the Stalin era. Her brother Andrey Grigorievich Vlasov wrote an intercession letter asking to pardon her sister and nun Matrona was able to spend the remainder of her life in the native village.

Nun Matrona reposed in the Lord on November 7, 1963, and was buried at the village cemetery to the left of the graves of martyrs Eudoxia, Daria, Daria, and Maria. In 2001, nun Matrona was glorified among the saints.