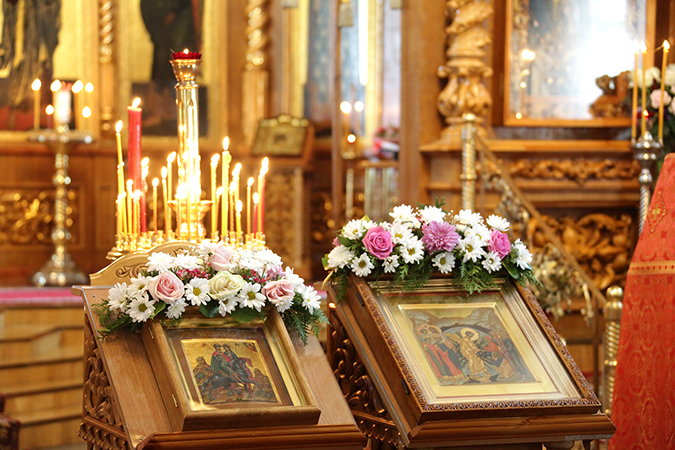 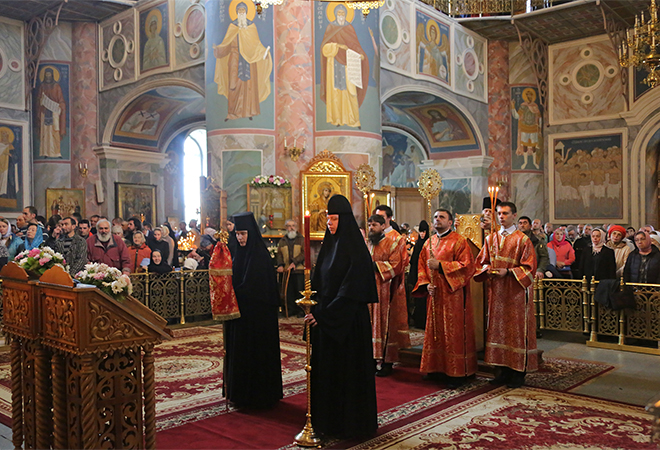 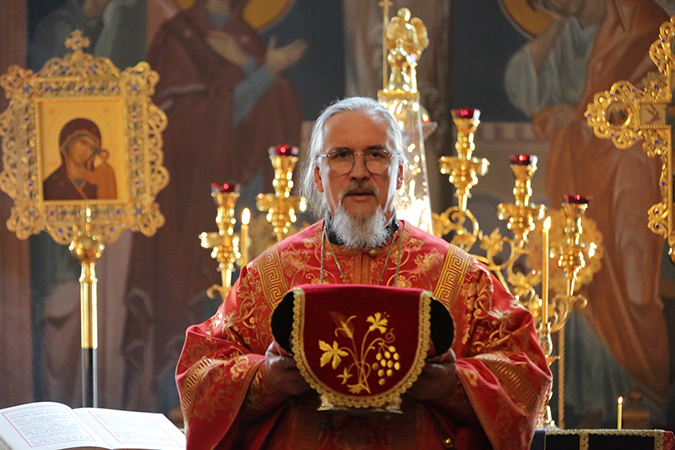 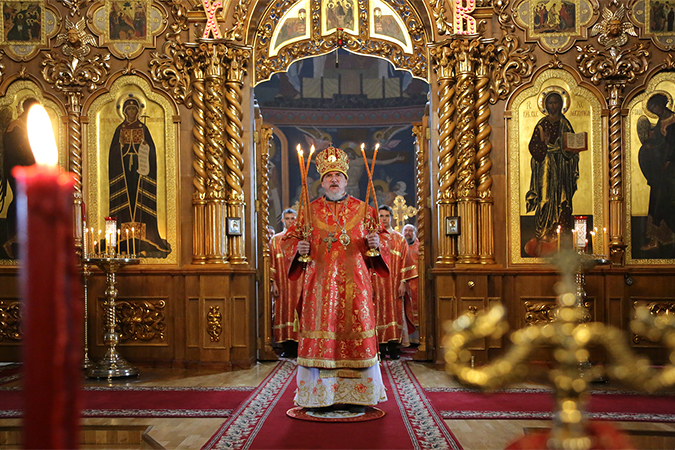 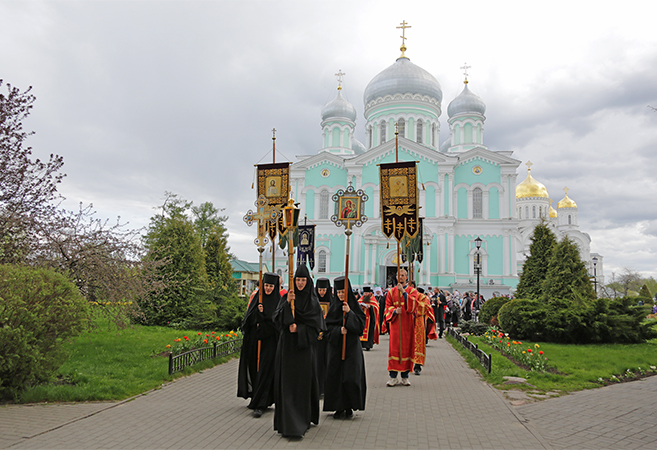 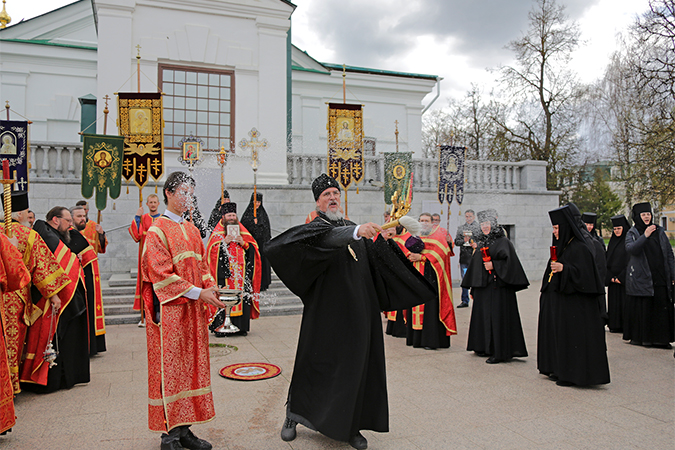 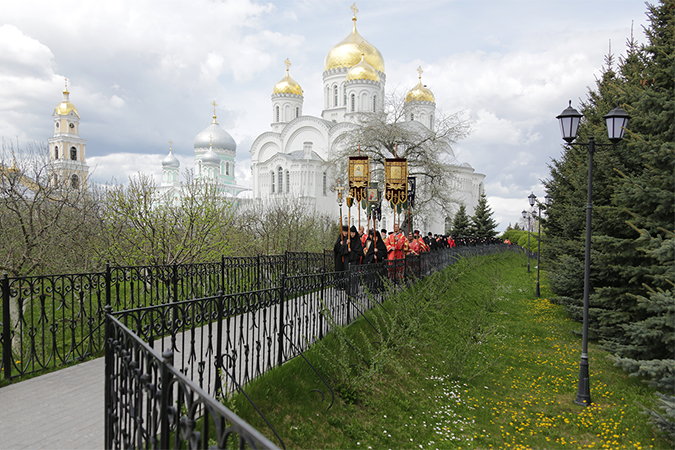 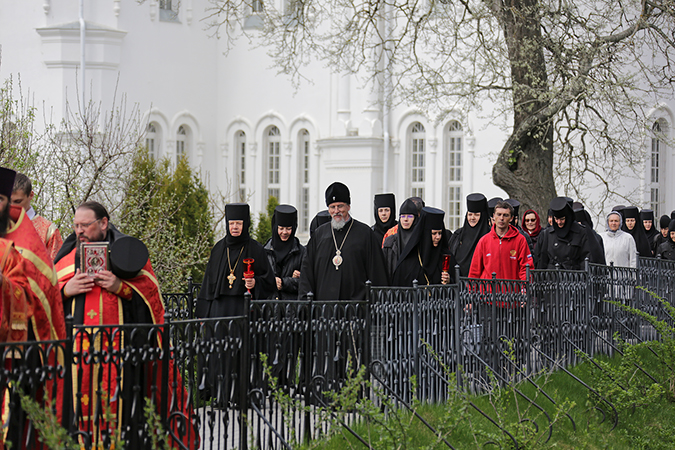 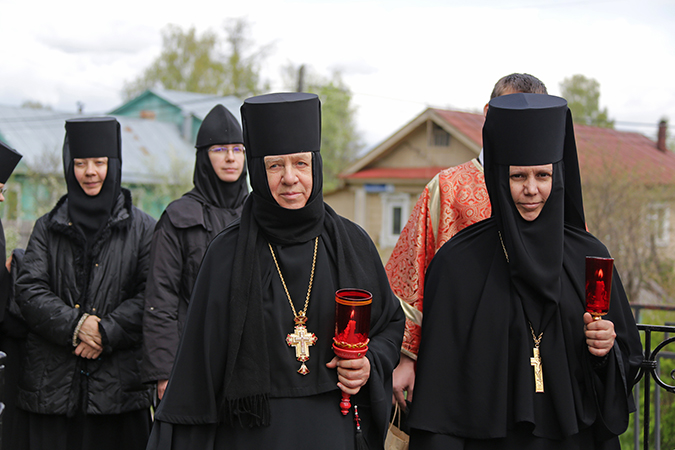 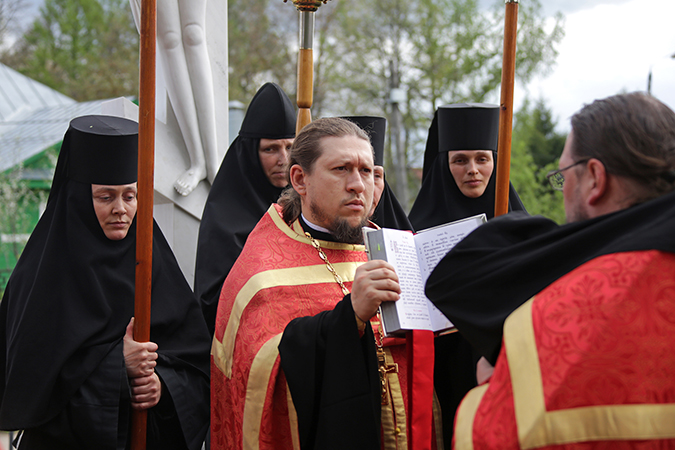 Hierarchal services by the head of Chita Metropolia

On the Sunday of the Paralytic, the Trinity Cathedral of the Seraphim-Diveyevo monastery held hierarchical services. Metropolitan Dimitry of Chita and Petrovsk-Zabaikalsky celebrated the akathist before the relics of Venerable Seraphim of Sarov, paraklesis before the “Tenderness” Icon of the Mother of God and a late-morning Divine Liturgy. Vladyka Dimitry took part in the celebration of the 350th anniversary of the founding of the Nizhny Novgorod Diocese and stayed in the Diveyevo monastery on the third day following the festivities.

Rev.Fr. Valery Shaferov from the Kazan Cathedral in Chita delivered the post-Communion homily. He devoted it to the explanation of the spiritual rationale behind today’s Gospel reading about the miracle at Bethesda. The Lord heals an incurably sick, paralyzed man who had been suffering from his illness for thirty-eight years. Father Valery noted the extraordinary patience of the sick man. Sick for many years, he never despaired in his illness, but retained hope that one day a miracle would happen in his life; and the Lord generously rewarded His servant for his patience. His disease should not only be understood as a bodily ailment, but also a mental disorder. In the same way, the preacher noted, seeing our sinful nature and realizing that we are unable to reform ourselves, we should not give in to despair, but keep trust in the mercy of God so that, when the Lord asks us, “Do you want to be made well?” (John 5:6), we could always answer with the words of the paralytic: “Yes, Lord.”

At the conclusion of the Divine Liturgy, the Paschal procession went around the Holy Kanavka led by Metropolitan Dimitry of Chita and Petrovsk-Zabaikalsk.

Hegumenia Sergia, the abbess of the Seraphim-Diveyevo monastery warmly welcomed Metropolitan Dimitry to the Fourth Lot of the Mother of God, thanking him for the services and wishing that God, through the prayers of the Most Holy Mother of God and the saints of Diveyevo will strengthen His Eminence in carrying out his archpastoral labors.

In his hierarchical address, the head of the Chita Metropolia congratulated the congregation with the continued celebration of Pascha and said, “Pascha is the feast of love.” Surprisingly, emphasized Vladyka Dimitry, but love increases when it is divided. True love is always sacrificial. Venerable Seraphim of Sarov showed the example of such love to us during his life. “After many years of lying in ruin, the Diveyevo monastery was born again and became even more beautiful. This, too, shows Father Seraphim’s love of God and to the neighbor, as well as, love of the Mother Hegumenia and the sisters of the monastery,” noted His Eminence.