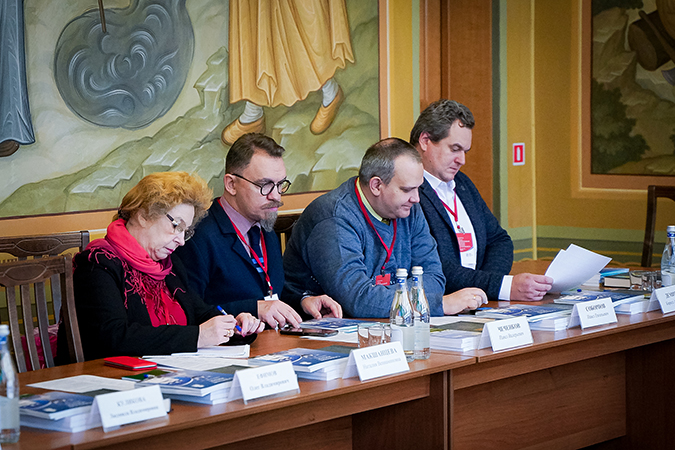 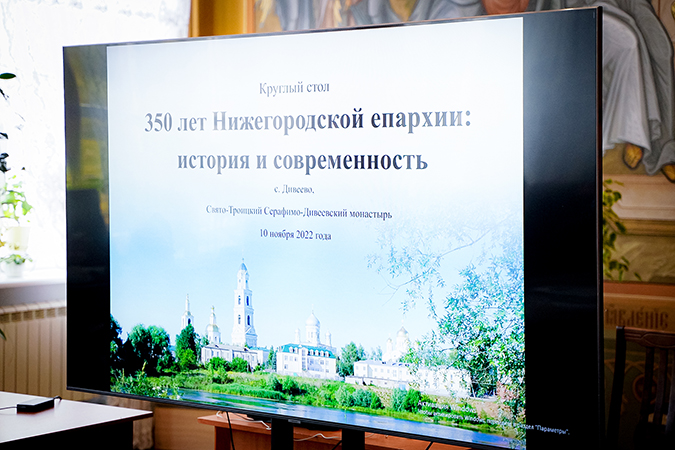 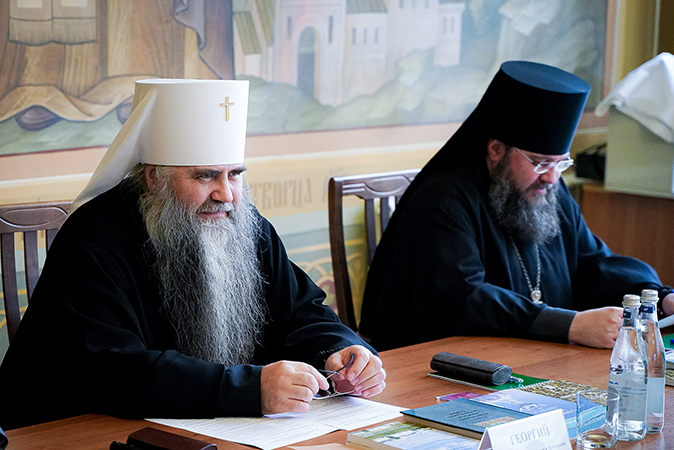 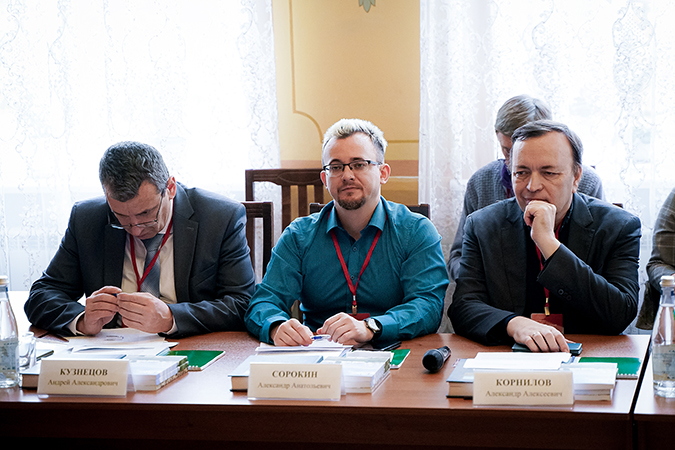 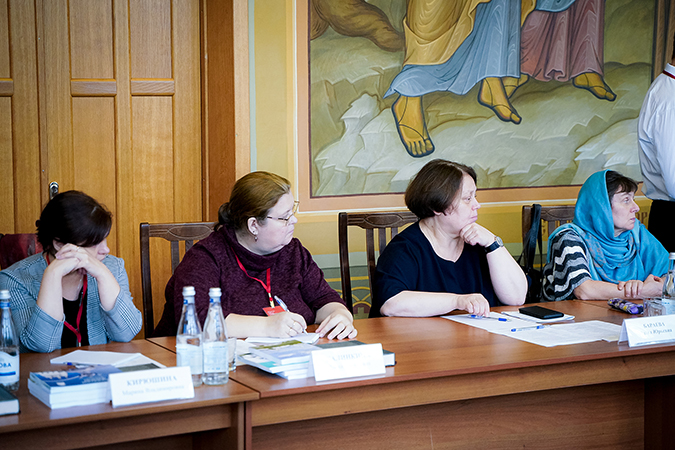 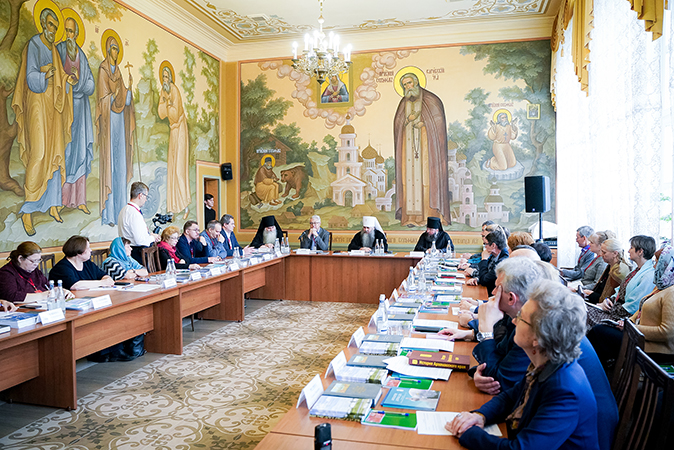 The Seraphim-Diveyevo monastery hosted the round table discussion on the “The 350th anniversary of the Nizhny Novgorod Diocese: its history and the present.”

Metropolitan Georgiy of Nizhny Novgorod and Arzamas presided at the conference.

At the beginning of the conference, Metropolitan Georgiy of Nizhny Novgorod and Arzamas warmly greeted its participants and Professor Michael I. Rychtik presented the documentary film about the origin, formation and development of the Nizhny Novgorod Diocese.

The round table discussions continued with informative and engaging presentations by Archimandrite Tikhon (Zatekin), Alexander Kornilov, Andrei Kuznetsov and Alexander Sorokin. The topics discussed were “The 100th anniversary of Soviet government actions to remove church valuables,” “The Nizhny Novgorod elder Hegumen Isaiah (Budyukin): his ministry in the Gorky Diocese and spiritual admonition (1946-1978),” “The secret prose of N. I. Kochin written in his later years as a source of the history of the church in Gorky,” and “The clergy of Nizhniy Novgorod as deputies of the State Duma of the Russian Empire.” They brought about lively discussions about the importance of history education at the current stage of development of the Russian society and the direction of scientific research about the history of Russian Orthodox Church in Nizhniy Novgorod.