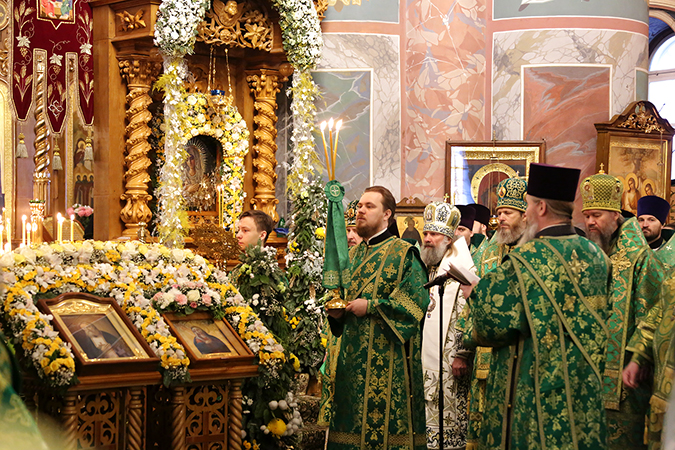 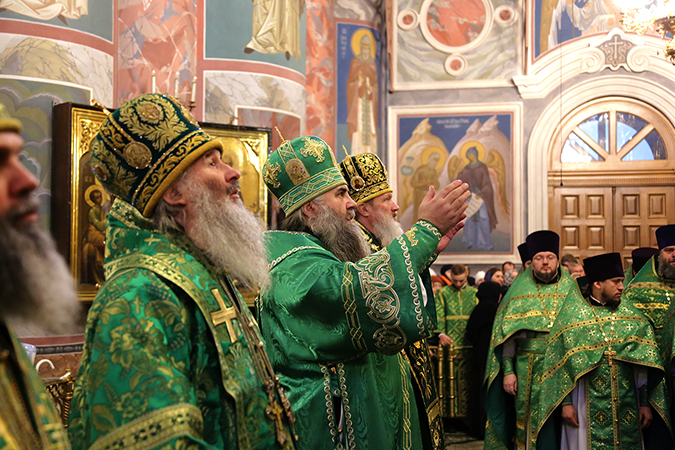 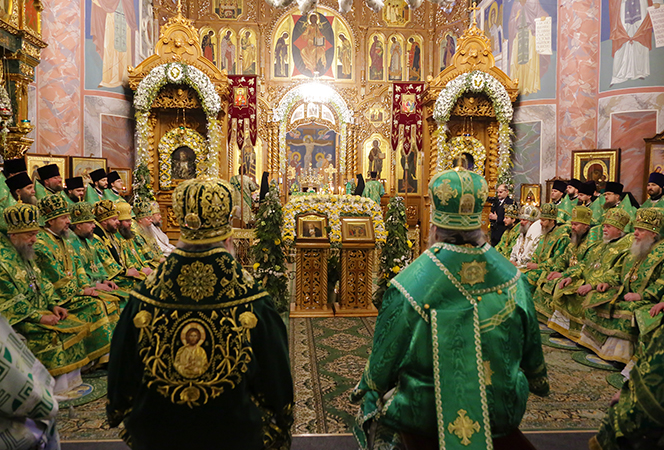 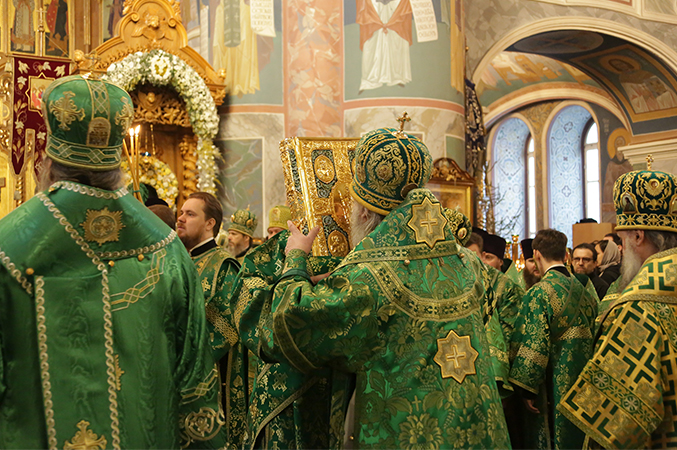 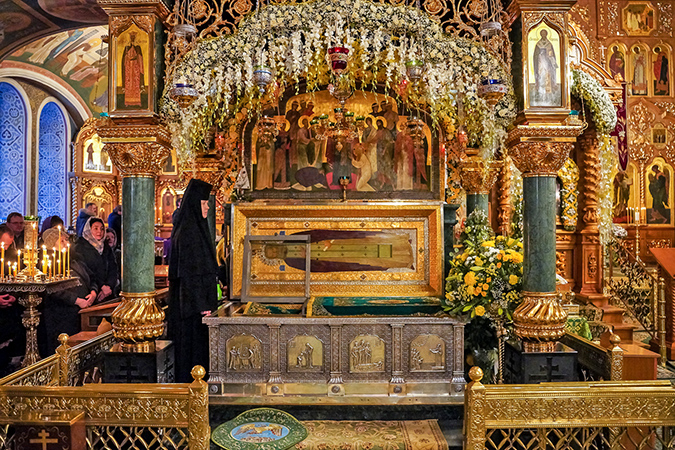 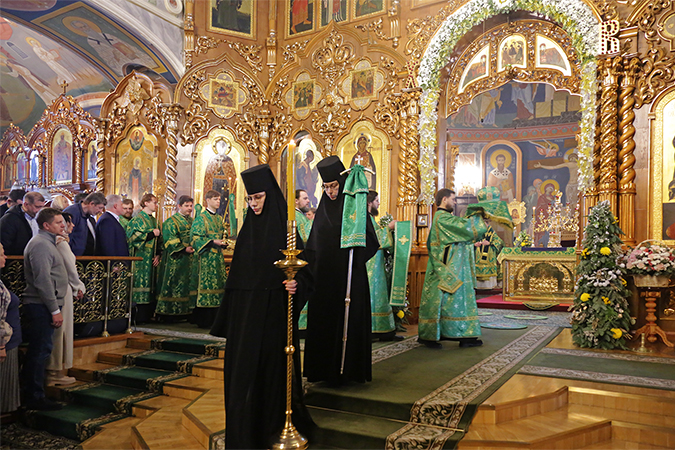 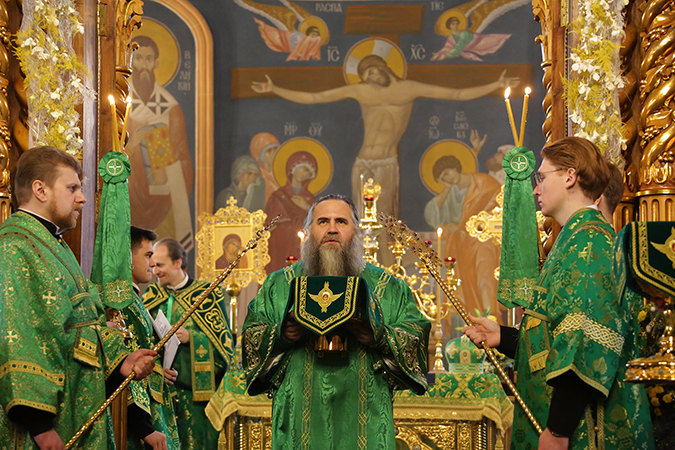 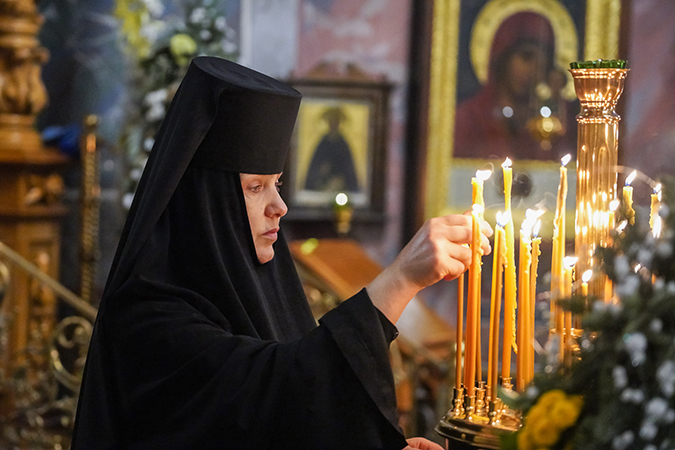 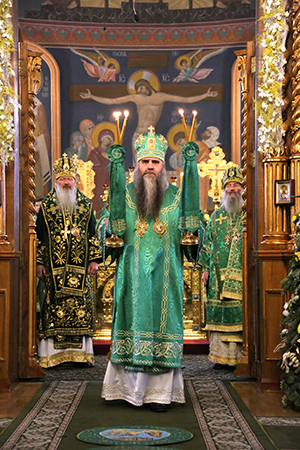 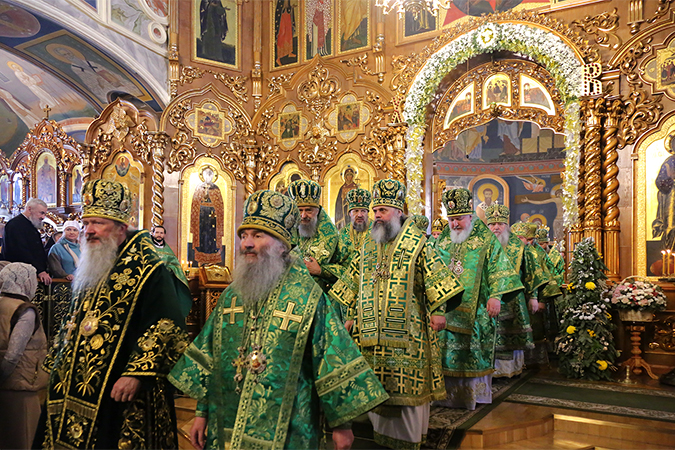 On the 190th anniversary of the righteous death of the Venerable Seraphim of Sarov and in memory of the second finding of his holy relics, Seraphim’s celebrations took place in the Seraphim-Diveyevo monastery.

In Hebrew, “seraphim” means “flaming, fiery.” The son of Kursk merchant Prokhor Moshnin received this name at monastic tonsure and remained faithful to his name until the end of his earthly life, serving God with the heart aflame with love.

The veneration of the Sarov ascetic had begun long before his glorification among the saints. In 1825, the Most Holy Mother of God commanded Father Seraphim to leave the seclusion and receive anyone who sought help and spiritual comfort. A great number of pilgrims from all walks of life flocked to Sarov to talk or at least see the wondrous elder. And so today the Diveyevo monastery, the spiritual creation of the venerable saint, the place where his holy relics are kept as a priceless treasure, receives the endless stream of the faithful. And so, from the depths of the loving hearts we do cry out today: “We revere you, the Venerable father Seraphim, as we honor your holy memory, instructor of monks and converser with angels.”

Today’s festive day was marked by five Divine Liturgy services at the Seraphim-Diveyevo monastery. The main celebrations took place in the Trinity Cathedral of the monastery. Here the assembly of archpastors served the akathist to the Venerable Seraphim at his holy relics, the paraklesis to the Most Holy Mother of God, and the late-morning Divine Liturgy. Metropolitan Georgiy of Nizhny Novgorod and Arzamas presided at the services. Eighteen bishops concelebrated.

In his homily after Communion, Bishop Innocent of Sormovo, Vicar of the Diocese of Nizhny Novgorod, spoke about the utmost spiritual deed of the Venerable Seraphim. “During the earthly life of the Wonderworker of Sarov, many philosophical doctrines that corresponded to worldly interests became popular at the time in Russia and Europe, but none provided answers to spiritual questions. Batiushka Seraphim not only showed the way to salvation in words, but also with his life, helping everyone who sought to seek it.

The Gospel passage read in memory of the venerable saints holds a list of the Beatitudes. “Blessed” means “happy,” and Batiushka Seraphim was happy. What was he happy about? He’s always been with Christ putting all his hopes in the Lord in all things. Venerable Seraphim gave us this example of a path to find happiness or, in other words, God. So, may the Lord, through his holy prayers, grant us the feeling of blessedness so that we could also feel as the sons of God.”

At the end of the Divine Liturgy, Hegumenia Sergia, the abbess of the Seraphim-Diveyevo monastery, on behalf of the entire monastic family, heartily thanked the congregation of the archpastors for their prayers on this memorable day of the Diveyevo Monastery. Hegumenia Sergia wished that the Lord, through the prayers of Batiushka Seraphim as the monastery’s utmost guardian, bestows the archpastors with the abundant gifts of the Holy Spirit and presented them with prosphoras for their spiritual and bodily strength.

“Batiushka Seraphim greeted everyone by saying ‘My joy, Christ is Risen!’ and it is remarkable that the anniversary of his righteous death and the day of the second finding of his relics fell on a Sunday this year,” matushka hegumenia has noted.

Hegumenia Sergia expressed a particular gratitude to Metropolitan Georgiy for his care about the monastery and presented him the icon of Venerable Seraphim praying on the rock as a gift.

In his hierarchical address, the head of the Nizhny Novgorod Metropolia has emphasized that, during the days of remembrance of the Venerable Seraphim, the Diveyevo monastery receives a great number of clergy, monastics and lay people, who, for the sake of the spirit-bearing elder, leave their earthly labors and cares and come to the Seraphim-Diveyevo monastery to venerate his holy relics.

Metropolitan Georgiy said that Batiushka Seraphim was neither a ruler nor a military commander; he never wrote books or painted icons; he never did anything that is praised in worldly life, but the heart of every believer goes out to him. “As a young monk, father Seraphim wondered about the true meaning of human life, how we should traverse on our earthly path in a God-pleasing way. The Lord revealed to him the answer: seemingly simple, it was equal in its depth to the Gospel: the meaning of life is to attain the Holy Spirit, the Spirit of Peace. If the soul has no peace, no fasting, prayer, or good works will ever do good for it. In order for the grace of the Holy Spirit to dwell in someone, he must be pure, and it is achieved through humility, meekness, and forgiveness of any offense. As we commemorate the memory of Venerable Seraphim today, let us gain sobriety of our minds and enlighten our hearts, so that no earthly things will ever prevail over heavenly, and the temporal never turn us away from eternal,” His Eminence thus concluded his remarks.

The festive meal was followed by a solemn prayerful procession along the Holy Kanavka headed by the archpastors who took part in the Divine Liturgy.