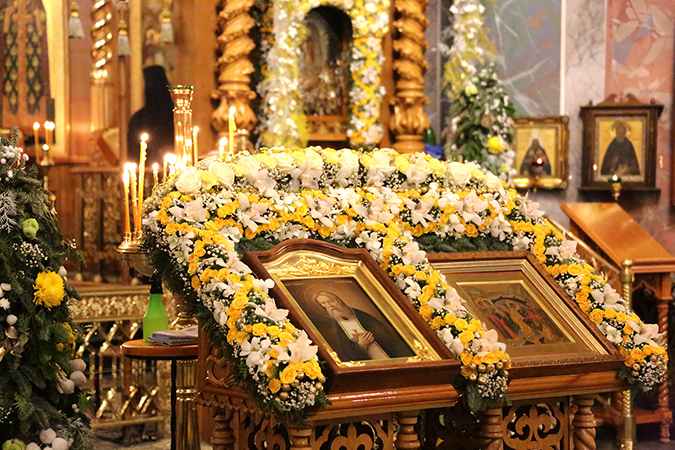 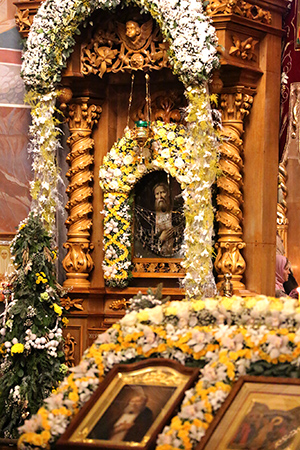 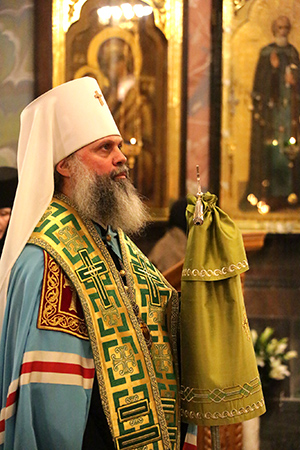 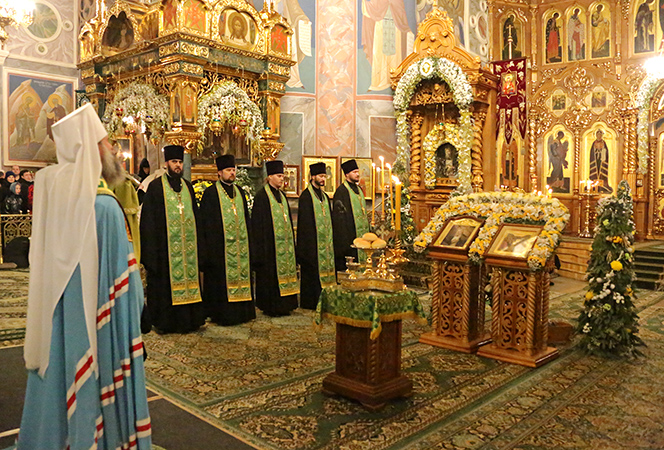 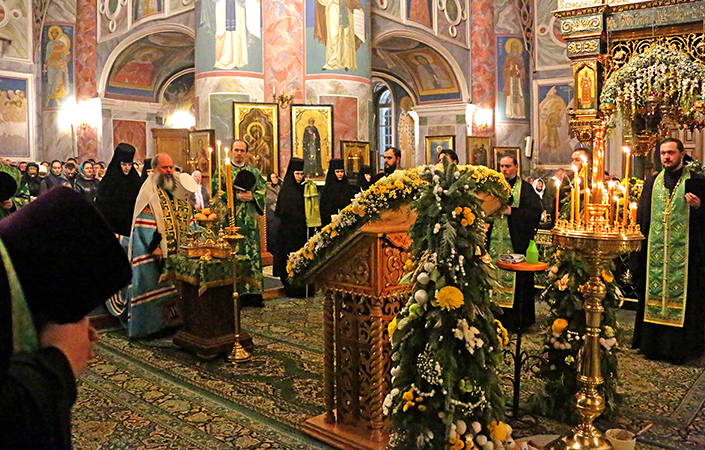 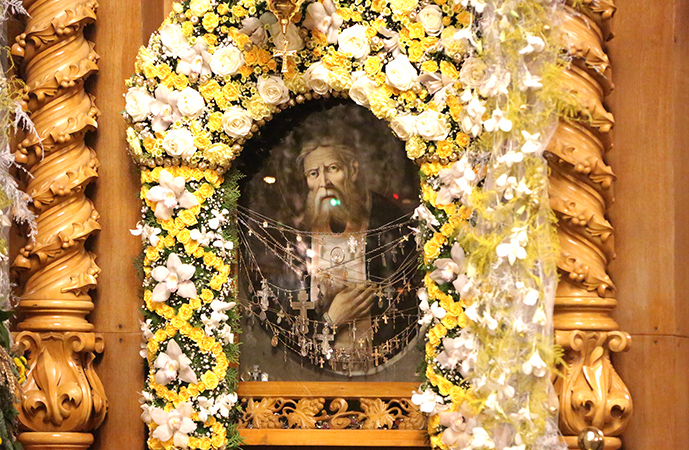 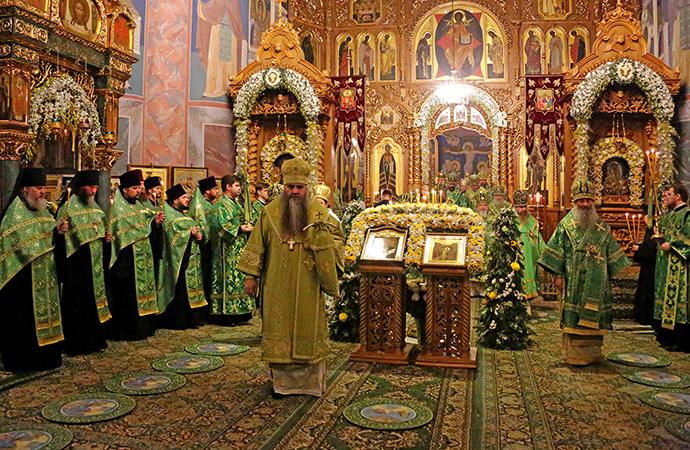 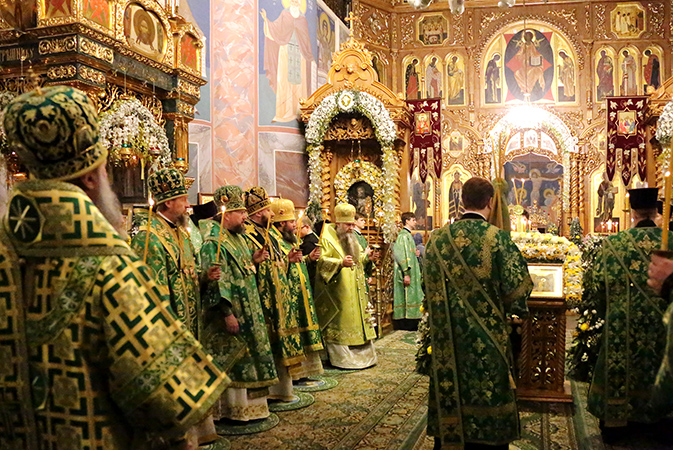 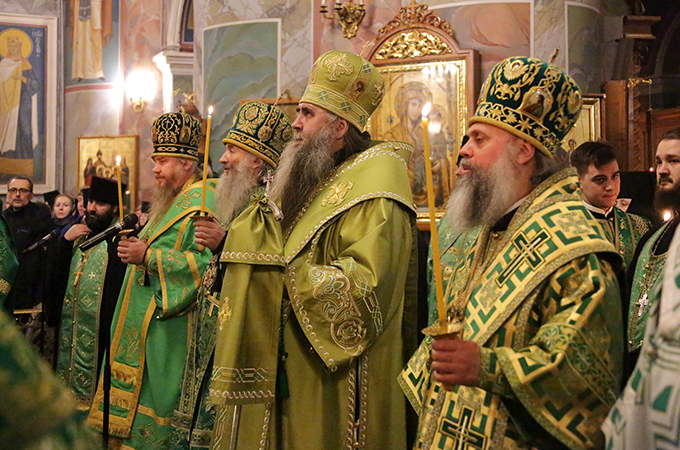 One hundred and ninety years ago on January 2/15, 1833, the Venerable Seraphim of Sarov entered the heavenly chambers, transitioning from working gloriously on earth to having eternal and never-ending joy, and now he boldly prays at the throne of the Holy Trinity for our country and its people.

While still living here on earth, the wondrous elder taught, comforted, and healed everyone who came to him in faith. He strengthened and admonished those who were willing to triumph over their sins. He was akin to a holy spring that flowed from the depths of the woods of Sarov and spilled to form a river that quenched the spiritual thirst of millions of people.

“Anything your soul possesses, no matter what has happened to you, no matter what sorrow you carry, do come to me and bring all of it with you to my grave! Embracing it as if it were a living thing, tell everything and I will hear you, and all that sorrow will fade and pass away! Like you held conversations with me in life, do so here! I am still as if alive for you, and will remain forever!” batiushka used to say before his righteous death.

And so today, during the holy days of Christmas, when the Church glorifies Christ, we commemorate the day of repose of His faithful servant. A great number of clergy, monastics and laity come to venerate the holy relics of Venerable Seraphim. Batiushka Seraphim is dear to everyone, and, as before, he comforts everyone with love and affection by saying, “My joy, Christ is risen!” and “We have no right to lose heart, for Christ has conquered it all, He raised Adam, freed Eve, and destroyed death.”

On the eve of the anniversary of the righteous death of Venerable Seraphim of Sarov, the hierarchical service was celebrated in the Trinity Cathedral of the Seraphim-Diveyevo monastery. Metropolitan Georgiy of Nizhny Novgorod and Arzamas presided at Vespers with the akathist and the All-Night Vigil. Fourteen bishops concelebrated.

In his hierarchical address after the service, the Metropolitan of Nizhny Novgorod congratulated everyone who came to the services with the commemoration day of our venerable and God-bearing father Seraphim of Sarov, the Wonderworker of all Russia.

Vladyka Georgiy stressed that, on January 15, the Holy Church prayerfully commemorates two important dates associated with the name of Venerable Seraphim of Sarov: the 190th anniversary of the saint’s death and the second finding of his holy relics that took place in 1991.

“In the early 1990s, our country witnessed a spiritual revival, and its spiritual life has sprung back. We have just emerged from the seventy years of godlessness. But where could we find enough strength to rebuild churches? How to find the people? That revival seemed impossible. And at that very time the Lord revealed the Venerable Seraphim to us: his honorable relics were found in the Leningrad Museum of Religion. The Lord has sent us his holy relics as consolation and blessing. And so today we exclaim with gratitude, “Venerable father Seraphim, pray to God for us!”, “Venerable father Seraphim, do not forsake us!”, “Our venerable father Seraphim, bless us!”,” said the His Eminence.