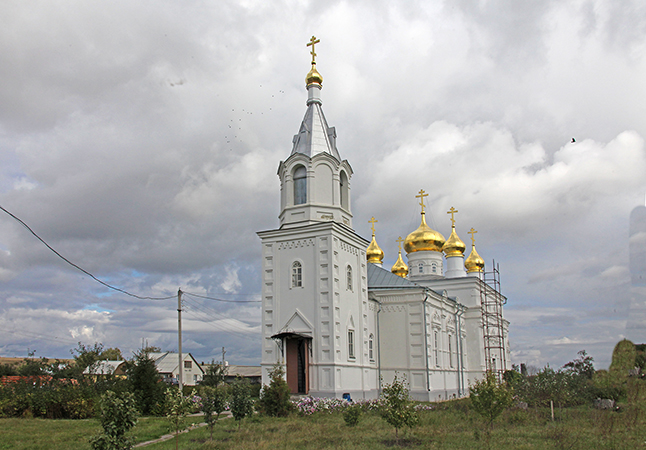 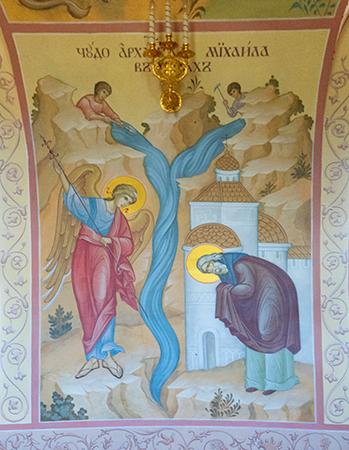 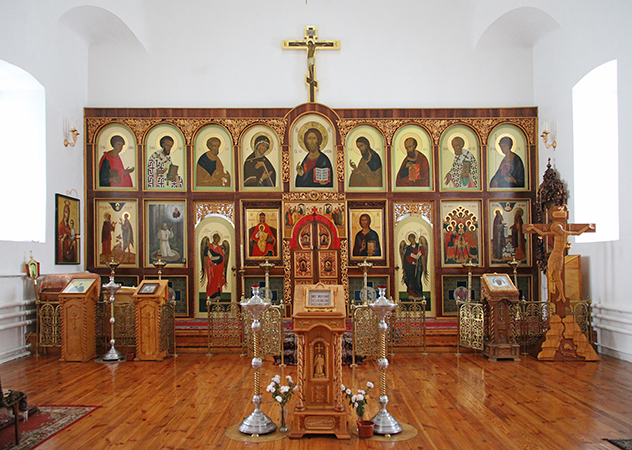 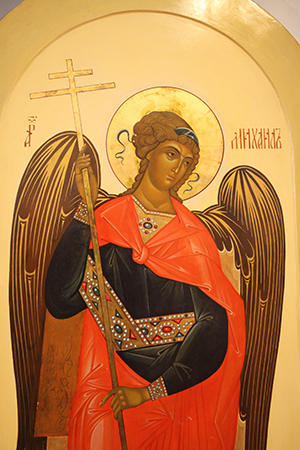 Patronal feast at the Arkhangelsky Skete

Today the Holy Church remembers the Miracle of the Archangel Michael in Colossae. The Arkhangelsky Skete of the Seraphim-Diveyevo monastery celebrates it as a patronal feast.

Twenty-three years ago on November 19, 1998, Metropolitan of blessed memory Nikolay (Kutepov) of Nizhny Novgorod and Arzamas consecrated a church there in memory of today’s event.

The Miracle of the Archangel Michael took place in the 4th century in the area where, following the fiery ministry by the Apostles Philip and Bartholomew and through their prayers, a spring sprang forth that became known for its healing properties by those who sought help.

A church to the Archangel Michael was built near the spring; it was built by a righteous citizen of the city of Laodicia in gratitude to God for healing his mute daughter. The holy Chief Commander Michael appeared to this man in a dream and told him to have his daughter drink from the water from his miraculous spring.

A pious man by the name of Archippus served for many years as church custodian. By his preaching and by the example of his saintly life he brought many pagans to faith in Christ. There were others among pagans who wanted to kill him and destroy the church and the spring. To achieve this, they made a confluence of two rivers in one and directed the flow towards the church. When St. Archippus saw their act of evil, he tearfully appealed in prayer to God and the holy Chief Commander Michael to protect the holy place. By the prayer of this righteous man, Archangel Michael appeared in front of the church and, with a blow of his staff, opened a wide fissure in a rock commanding the rushing torrents of water to flow into it. Seeing such an awesome miracle, the pagans fled in terror while the Christians headed by St. Archippus glorified the All-Mighty God.  The area where the miracle took place received a name of “Chonae” meaning “opening” or a “fissure.”

The miracle of the holy Chief Commander Michael calls us to always remember about God, pray to Him, and never despair even in situations of extreme gravity believing that the Lord will not leave us without His mercy.

“Join us in rejoicing, all heavenly hierarchy, as your Сhief and our Intercessor great Chief Commander blesses his holy church with his most glorious appearance. And, singing glory in his honor, we thus cry out: the greatest Archangel Michael, protect us with the cover of your wings,” we glorified the Chief Commander of the Heavenly Host and asked for his help in the spiritual warfare today.

On the eve of the patronal feast and this memorable day, the Vigil, the water blessing prayer service with paraklesis and the Divine Liturgy were served at the Arkhangelsky Church. Following it, Hegumenia Sergia with sisters and the faithful walked in the procession around the church.