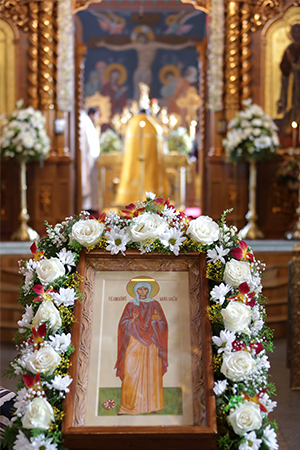 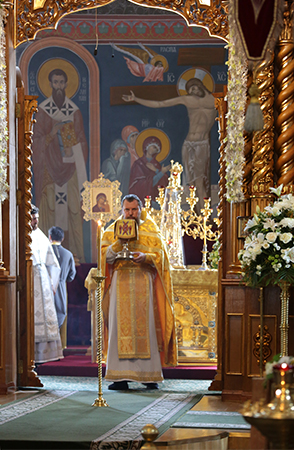 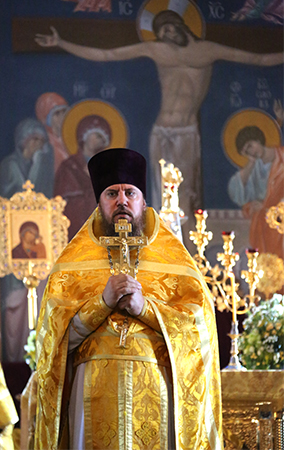 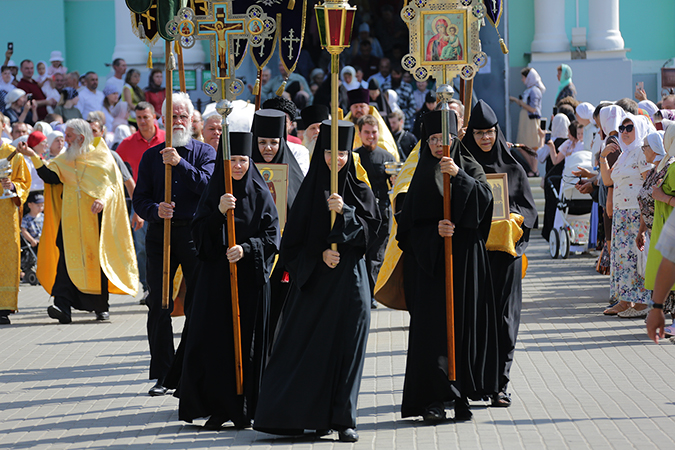 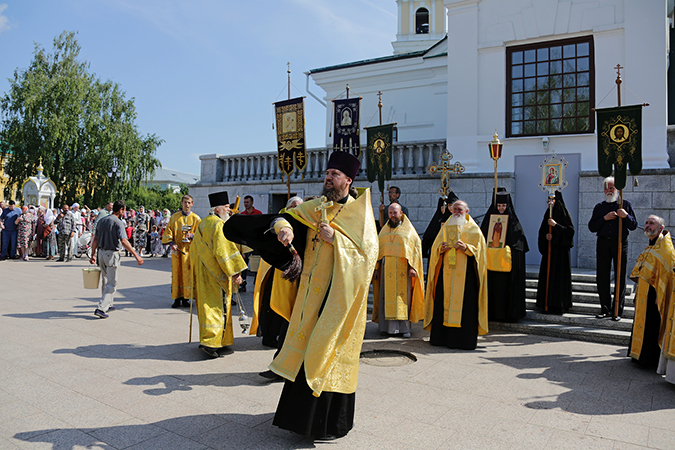 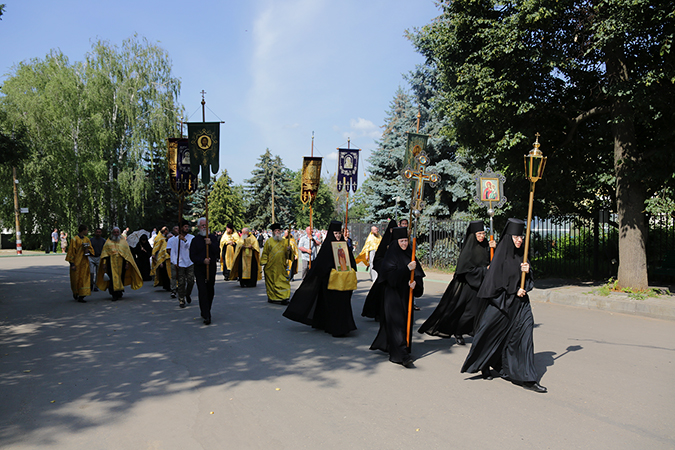 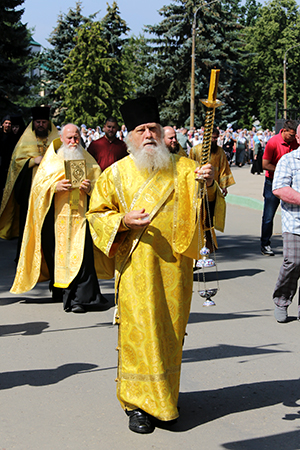 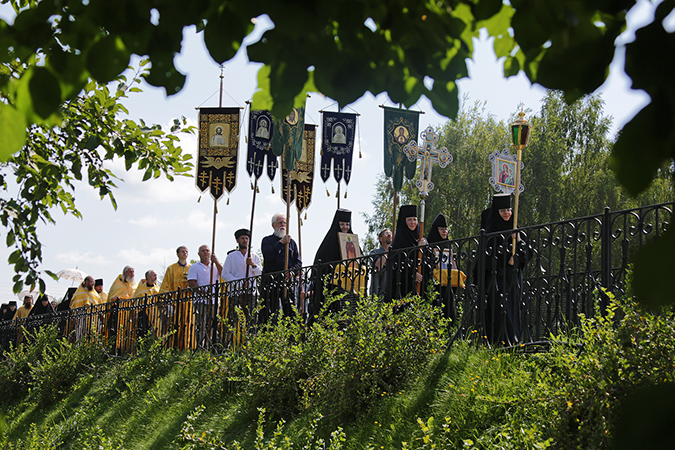 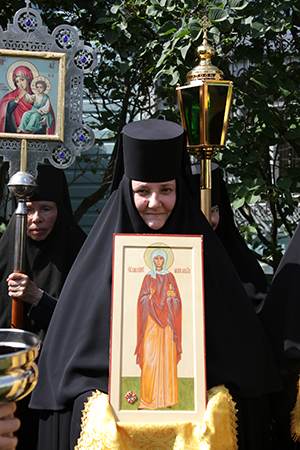 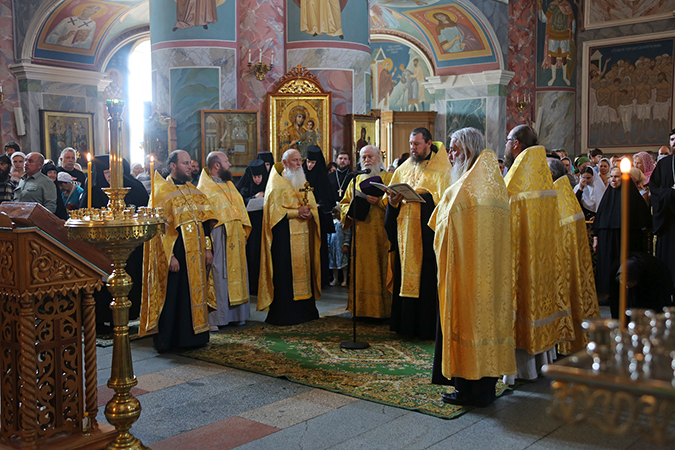 The day of the Holy Equal-to-the-Apostles Mary Magdalene

The memory of the Holy Equal-to-the-Apostles Mary Magdalene was solemnly commemorated at the Seraphim-Diveyevo Monastery.

The feast day is a patronal feast at the Diveyevo monastery: the house church of the hegumenia residence was consecrated in honor of this myrrh-bearing woman who was vouchsafed worthy to be the first to meet the risen Lord Jesus Christ. This church’s dedication had to do with the fact that Maria (Ushakova), the first hegumenia of Diveyevo, received her name in monastic tonsure. Akin to her heavenly patron, Matushka Maria possessed a great virtue of utmost trust in the will of God and the unshakable devotion to the Lord Jesus Christ.

The Seraphim-Diveyevo monastery largely owes its splendor and amenities to the labors of its first hegumenia. One by one, new buildings and structures were built during the years of her headship adding to the beauty of the monastery.

A large two-story blue building, with carved window dressings and cornices, was built at the end of the 19th century for the cells of matushka hegumenia, thus called the hegumenia residence. The monastery office that maintained the monastery household records was located there, plus the sisters in charge of the clothing and food supplies storehouses resided there as well.

Later on, around 1902, a house church was added to the eastern side of the hegumenia residence. That’s where the Emperor Nicholas Alexandrovich asked to serve a liturgy during his visit to the Seraphim-Diveyevo monastery. Besides, he requested that a priest was to perform the service unhurriedly and reverently, but that it lasts one hour. Rev. Fr. Peter Sokolov served such liturgy and the emperor later awarded him a golden cross with precious stones.

On the eve of the feast of the holy myrrh-bearing woman, two All-night Vigils were served at the Seraphim-Diveyevo monastery, with three Divine Liturgy services on the feast day itself, one of them held in the Church to the Holy Equal-to-the-Apostles Mary Magdalene. According to Diveyevo tradition, the Divine Liturgy on the feast day was preceded by paraklesis with the water blessing prayer service.

At the end of the service, the clergy, Hegumenia Sergia of the Seraphim-Diveyevo monastery, with sisters and pilgrims went in a procession around the monastery and along the Holy Kanavka. The Gospel was read before the altar wall of the St. Mary Magdalene Church, followed by the sprinkling of holy water over the procession participants.

The remembrance litya service was held next to the tomb of Hegumenia Maria located near the altar of Trinity Cathedral.