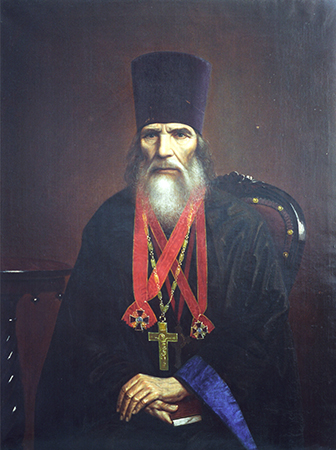 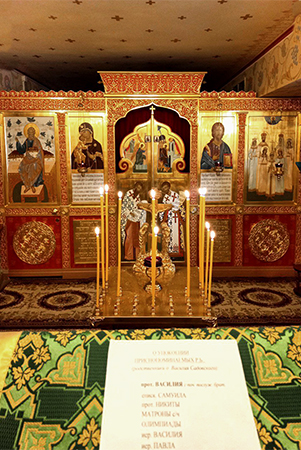 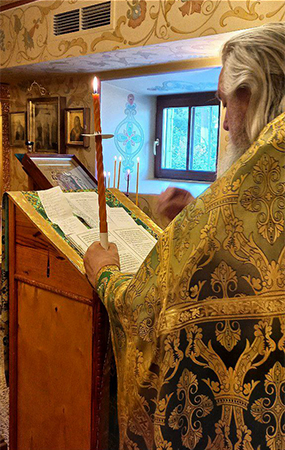 On the feast day of the Synaxis of the Saints of Diveyevo and the day of the death of Archpriest Vasily Sadovsky, he was prayerfully remembered in the Seraphim-Diveyevo monastery. Following the early-morning Divine Liturgy, panikhida for Father Vasily was served in the Church of the Nativity of the Mother of God.

“For you are their spiritual father, the Queen of Heaven selected you for them, you are to reside near them… Here, batiushka, I give you my cuffs, take and keep them! Watch over my monastery, to you I entrust it and pray: serve it all your life, for my sake, the lowly Seraphim, and do not forsake it, do what you can there,”- Venerable Seraphim of Sarov addressed the priest Vasily Sadovsky. The first meeting between the wonderworker of Sarov and Father Vasily took place in 1825, when the twenty-four year old Vasily Nikitich Sadovsky, upon his graduation from the seminary in Nizhny Novgorod, was sent to serve in the Kazan church of the village of Diveyevo. The first six years of his ministry were spent under the spiritual guidance of the elder Seraphim.

In his memoirs, Nikolay Alexandrovich Motovilov called him a man of high virtue, uncompromising conscience, the strongest faith and evangelical truth.

Until the end of his life, Father Vasily remained the confessor of the sisters of Diveyevo and their true shepherd. A lot of priests serving in the Seraphim-Diveyevo monastery prior to its closure in 1927 were relatives of Father Vasily, the fact that speaks of God’s particular blessing upon this faithful servant at God’s altar.

Father Vasily’s diary holds a record of the prediction by Venerable Seraphim: “Your lady friend (i.e., your spouse) will depart before you to the Lord. You will follow her two years later, batiushka! But keep in mind:  there are twelve, with you, father, being the thirteenth. I leave you with my command: when you are ready to die, you should rest to the right side of the altar of the Nativity Church, while Mishenka will take the left side, with me in the middle, so we will be together!”

Everything turned out just as the great ascetic of Sarov had predicted. When the first twelve sisters of the monastery died, Father Vasily died next, making it thirteen in total. This occurred on June 14/17, 1884. Batiushka was buried on the right side of the Nativity Churches. In 2009, new side churches were added, so the honorable remains of the righteous priest were reburied in the same crypt of the altar of the southern side chapel of the Church of the Nativity of the Mother of God consecrated in honor of the Holy Royal Passion Bearers.