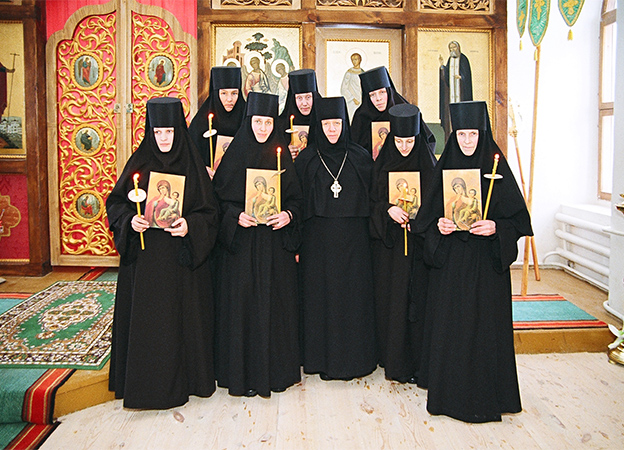 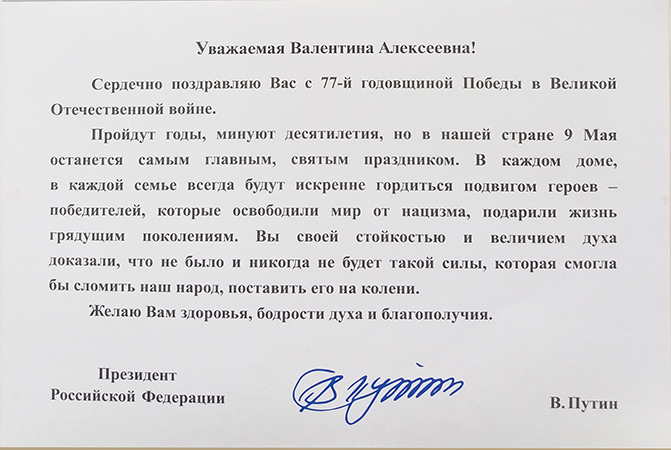 “I can’t remember what we ate, all I remember is how we worked”

Eighty-one years ago, on June 22, 1941, Germany treacherously attacked the Soviet Union. The invasion plan called “Barbarossa” came into effect with the intent to fight a lightning-fast war against the Soviet Union and, according to the plans of the military and political leadership of Germany, it was supposed to bring our country to the collapse within eight to ten weeks.

On the anniversary of the beginning of the Great Patriotic War, we want to tell about one of the nuns of the Seraphim-Diveyevo monastery who not only survived the terrors of war, but also in spite of her young age, as she was only 9 in 1941, had to work hard on the home front so that our homeland could win the war.

We will not mention the name of our heroine, because she leads a devout spiritual life and eschews all glory and honor. In the photograph enclosed, she is among the sisters of the monastery on the day of her monastic tonsure.

On the eve of the seventy-seventh anniversary of Victory in the Great Patriotic War, Russian President Vladimir Vladimirovich Putin commemorated our sister’s services to our Motherland. A congratulatory card was sent to the monastery in her secular name. This attention from the leadership of the country pleased us more than it pleased her. She humbly hopes only for God’s mercy upon her departure to heaven, where, we hope, she will be crowned with an imperishable crown.

Now that our elder is almost ninety years old, it is hard for her to talk about the war, but, not wanting to offend us, she humbly shares her bitter memories. Her story is sparing of words, but we cherish every single one, because every seemingly small input for the overall victory of the Russian people in the war was of utmost importance, and the victory did not happen easily to us.

During the war, our interviewee labored in the fields, reaping wheat with a sickle and tearing rye with her hands. “I do not remember how I ate, I only remember how I worked,” the old woman recalls. They would get up before sunrise and kept working all day long. Right there in the fields, the ‘killed in action” notices were delivered; there were so many of them that the grief did not bypass any family. They cried yet would not leave work. Eighteen hectares of rye was their daily work norm at the time and a lot of women and girls were unable to fulfill it due to exhaustion. As for our sister, with God’s help, she was able to cope with it.

She grew up in a family with many children, with eleven more children, besides her. She worked all her life: during the war years as an adolescent working on the home front; after the war, she worked summers in the fields on the collective farm, and in winter she cleared the snow at the railway station, as a janitor at school, and as a mother to her three sons and a daughter. When, it seemed, she fulfilled every deed before her Motherland and the loved ones, she came to the monastery to pray and work for God. She never pitied herself in our monastery and she held a very important obedience. But today she is saddened by the fact that she has no strength left, otherwise, she would have fluttered away like a bird to continue on her holy obedience.