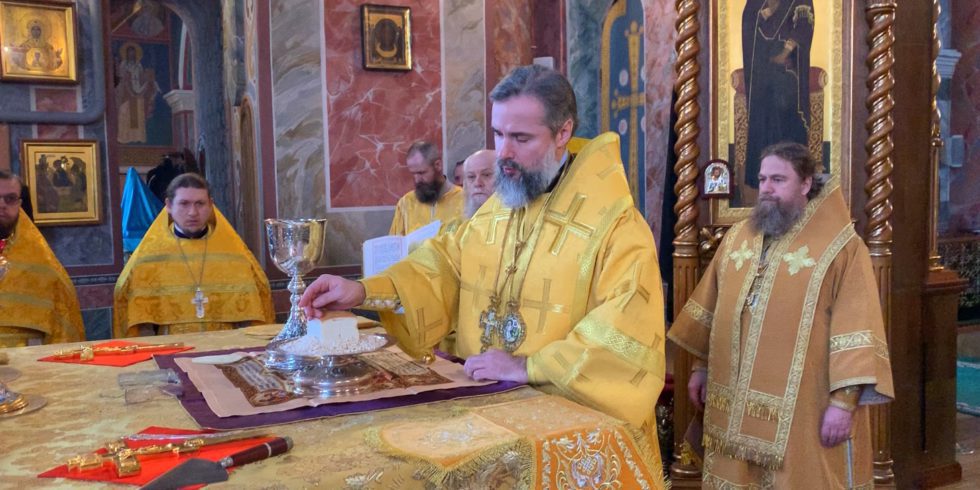 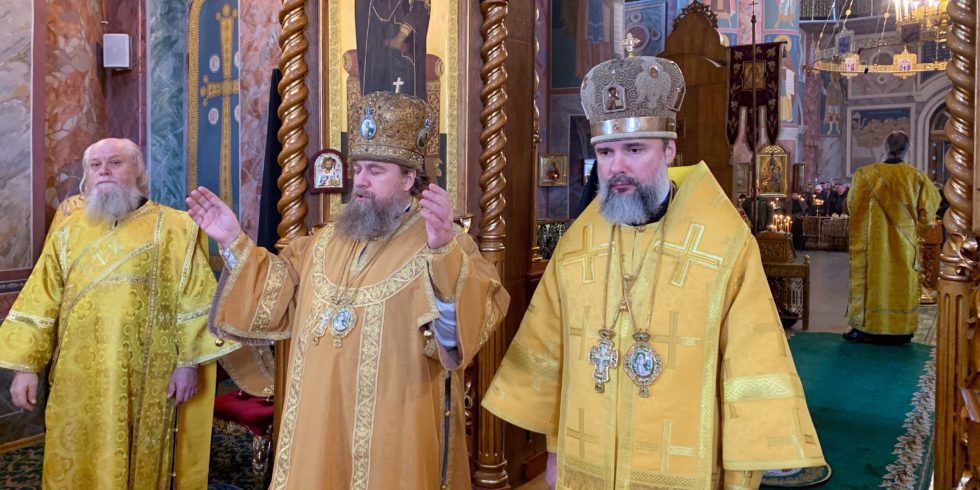 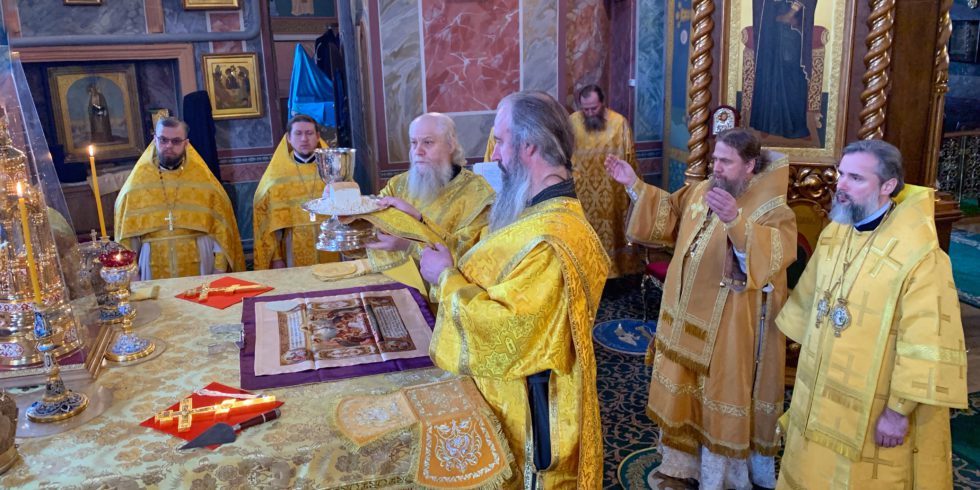 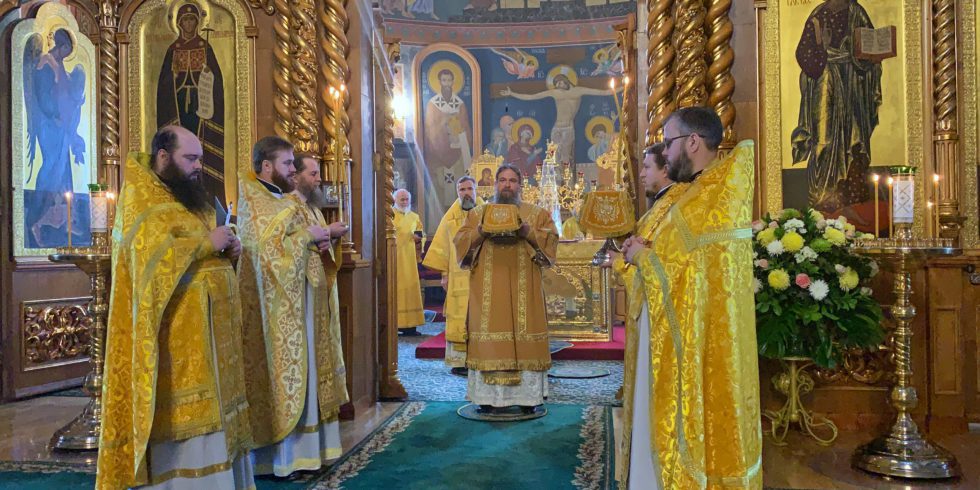 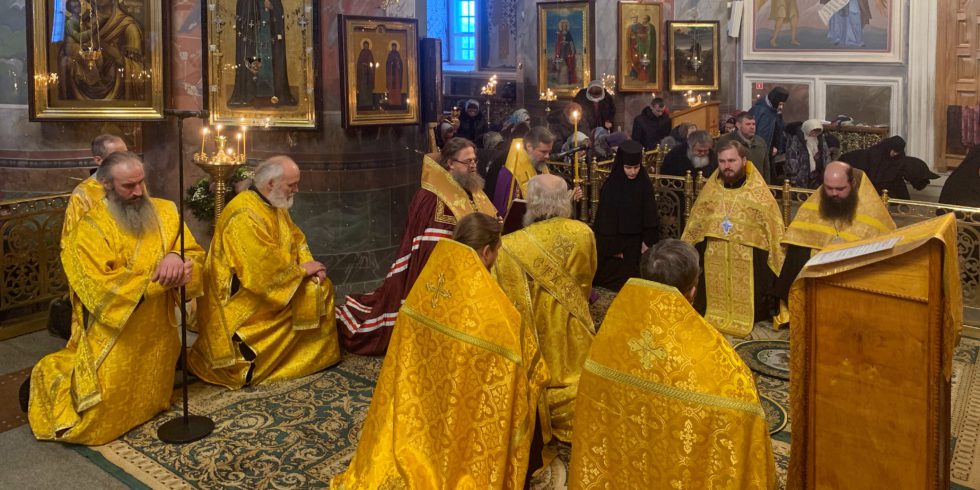 On February 10, Archbishop John of Magadan and Synegorsk presided at the services in the Seraphim-Diveyevo monastery. His Eminence celebrated the Divine Liturgy at the Trinity Cathedral preceded by a prayer service with the akathist to Venerable Seraphim of Sarov. Bishop Alexiy of Sayany and Nizhneudinsk concelebrated with His Eminence Archbishop John.

At the end of the liturgy, Hegumenia Sergiya thanked the archpastors for presiding over services.

In his archpastoral address, Archbishop John reminded about the finding of the relics of Venerable Seraphim of Sarov in 1991. “The Russian people received the news with great joy and trepidation. The relics of father Seraphim were considered lost and there was little hope of ever finding them. I remember a great crowd at the square of Moscow’s three railway stations waiting for the train from Leningrad to deliver the venerable father’s relics. I was only 16 at the time and served as a subdeacon to His Eminence Metropolitan Pitirim (Nechayev). One of the most memorable days of my life was the arrival of the relics of Venerable Seraphim here at the Diveyevo monastery.”

Bishop Alexiy mentioned that he visited the Diveyevo monastery more than once before but today’s visit was his first in the rank of an archpastor. He expressed his heartfelt thanks to Hegumenia Sergiya and sisters for their hospitality and the extended opportunity to pray in this holy monastery.