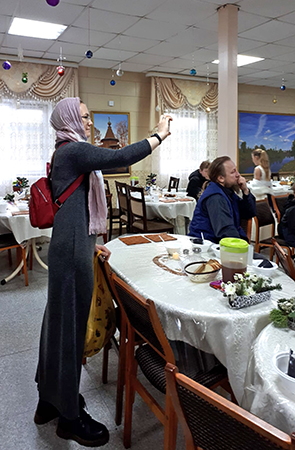 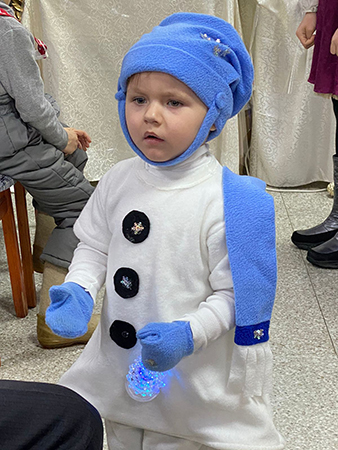 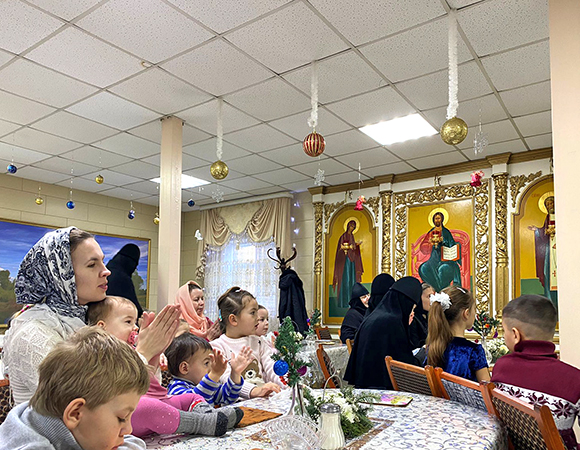 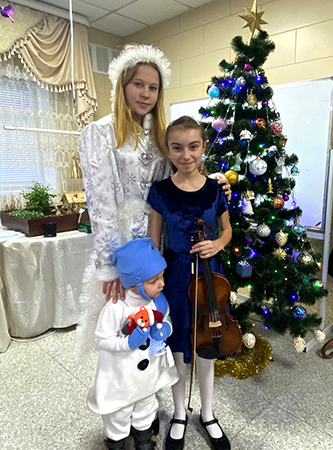 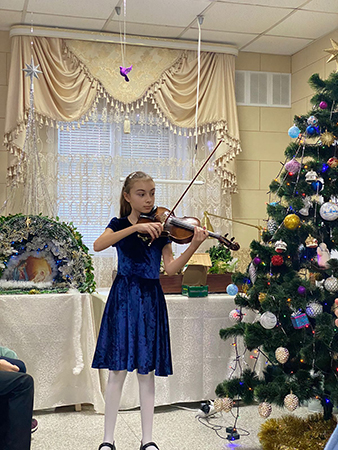 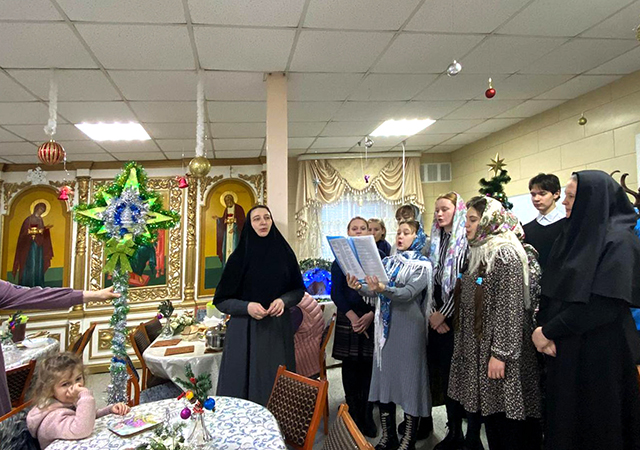 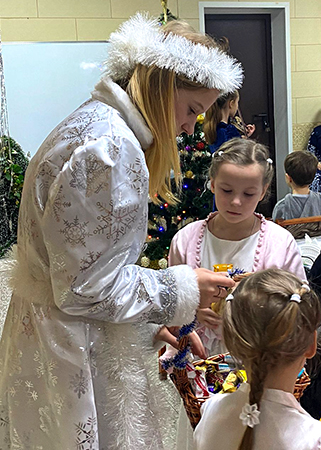 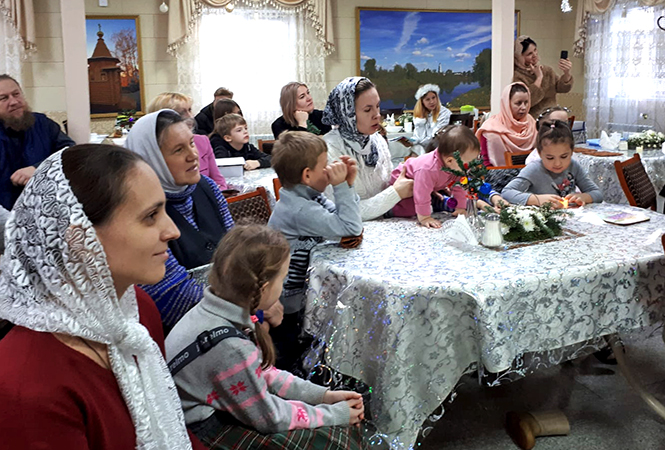 Angels in heaven rejoice and the people are elated today

Christmastide is the most joyful part of winter, a holiday that lasts twelve days between the Nativity of Christ and Epiphany. We spend these days reminiscing the sacred memories, very dear to us, and we do it throughout the day, not only during the church services. The sisters of the monastery traditionally visit the sketes whereas the sisters from sketes come to Diveyevo and the children offer the Nativity-themed concerts – as everyone tries hard to make sure that the joy of Nativity reached everyone’s heart.

One such concert was held today at the guesthouse refectory where the children and the adults alike could join in the festive Christmas mood. The monastery’s tour guide Pelagia Y. Kuzmina was the “moving spirit” behind today’s concert. Assisting her were young performers Ksenia Lyubina, Panteleimon and Feuronia Tuderitsa, Sergey Islanov, Vanya and Maxim Zhelezov, Nastya Klyuikova, Anya Mititello, Magdalene and Tamara Tomashevsky and others. The pilgrims of the monastery also joined in the fun and performed at the concert. For example, Lyudmila Vigovskaya, a student at the Children’s Music School and the winner of many international contests, played violin. Those who could joined at singing the songs and carols, and read poems. Little Vanya Chaschin doesn’t know how to sing or read poetry yet but he “performed” by standing beside the Christmas tree dressed in his penguin costume. Everyone tried to figure out the Christmas and New Year riddles. The hearts and souls of the performance participants and the audience were equally filled with the joy of Christmas.