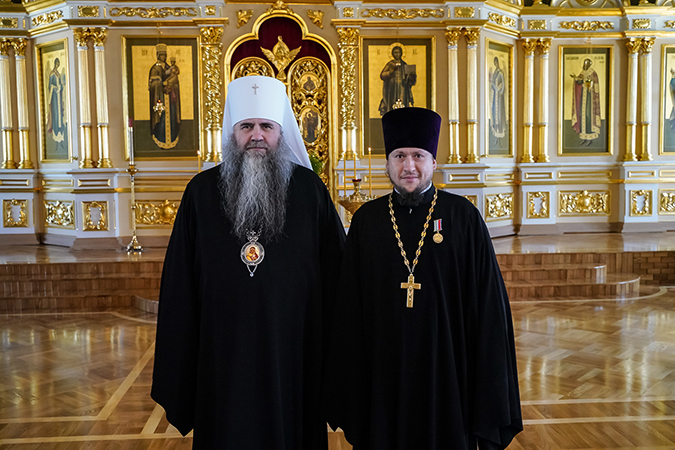 Following the festive meal held in the monastery church in honor of Holy Righteous Prince Alexander Nevsky, the hierarch of Nizhny Novgorod congratulated everyone present with the 350th anniversary of the Nizhny Novgorod Diocese and awarded the clergy and laity of the Diveyevo Deanery with the anniversary medals and badges.

The clergy received the icons of the Synaxis of Nizhny Novgorod Saints and the commemorative Gospel books as a prayerful memento, while the laity received the prayer books and the blessing of the ruling archpastor.