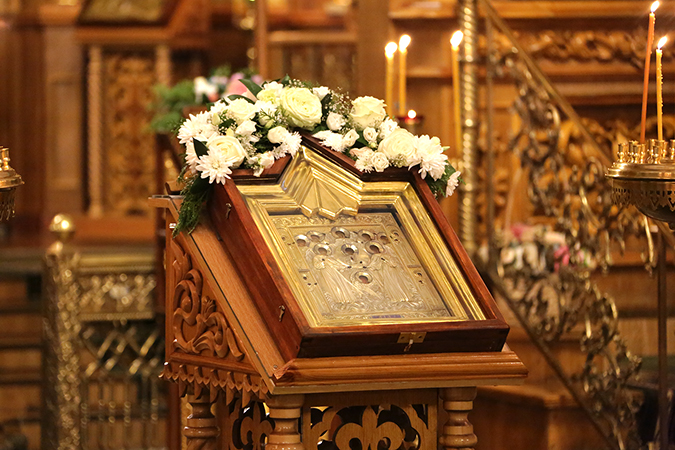 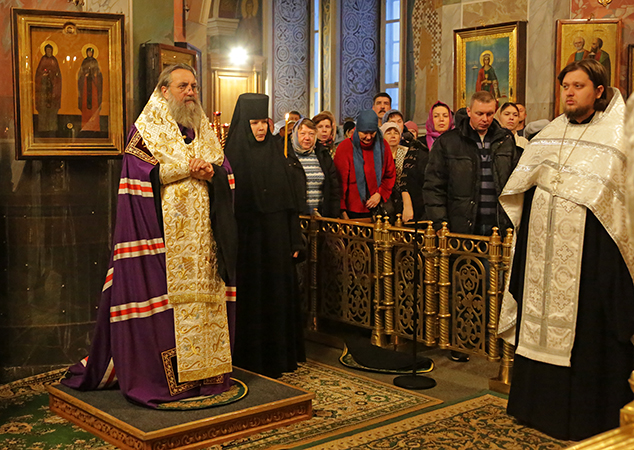 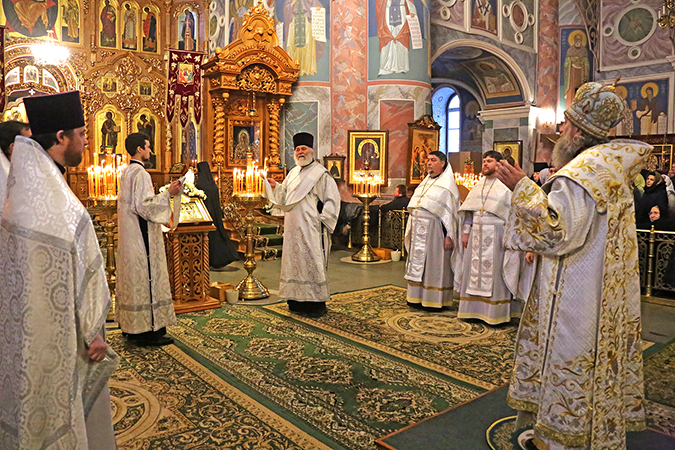 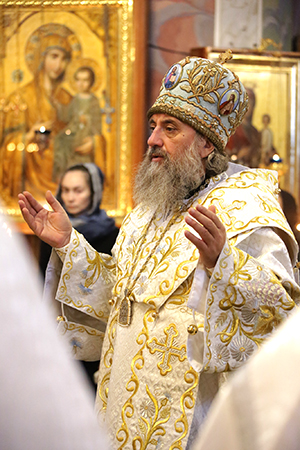 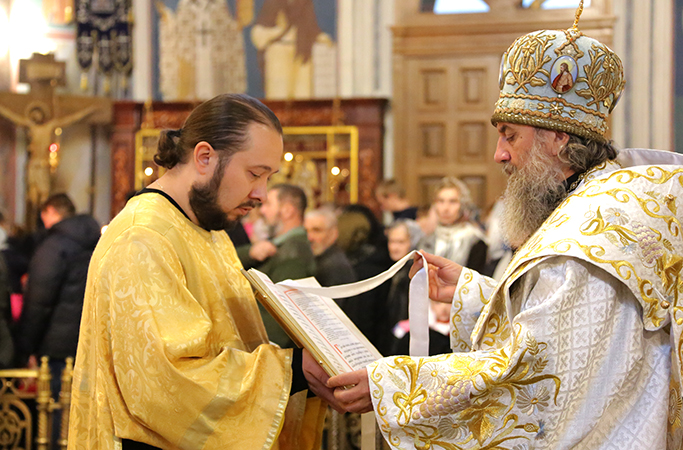 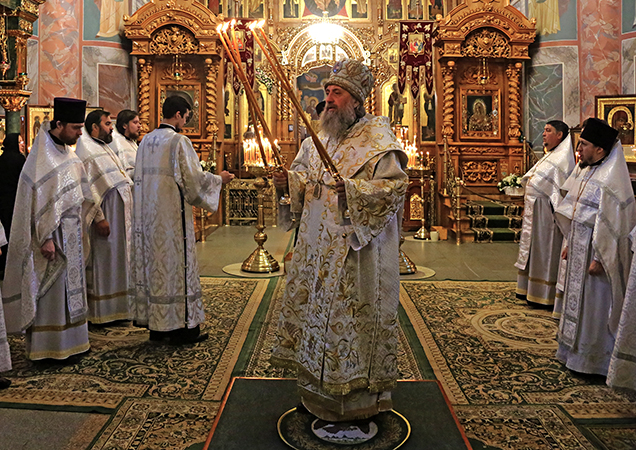 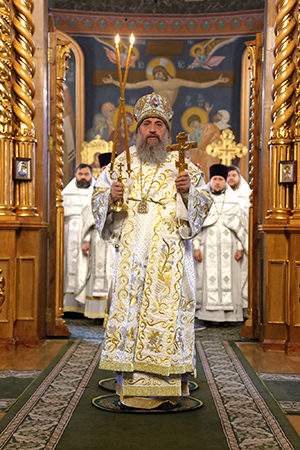 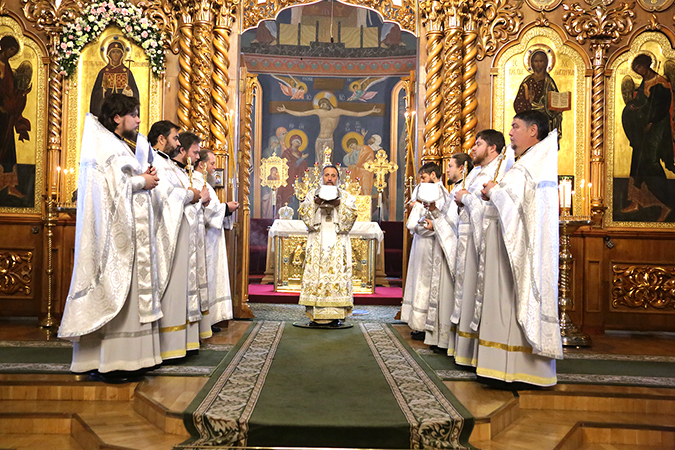 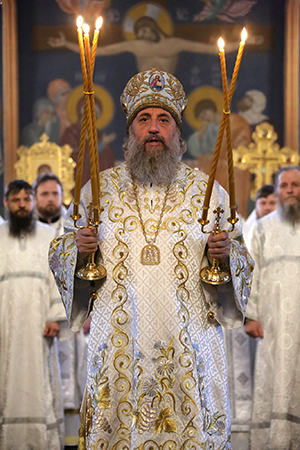 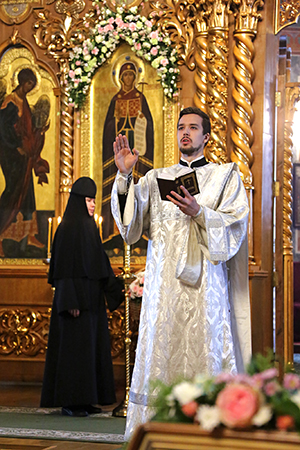 The feast of the Synaxis of the Archangel Michael and All the Heavenly Hosts was marked at the Seraphim-Diveyevo monastery with the hierarchical service. Archbishop Seraphim of Kaliningrad and Baltic presided at the akathist beside the relics of the Venerable Seraphim of Sarov and the late-morning Divine Liturgy.

Father Arseny Semyonov, rector of the Church of the Great Martyr George the Victorious in Dzerzhinsk, delivered a post communion sermon about the glory and majesty of Archangel Michael and All the Heavenly Hosts. Father Arseny reminded about the victory of the Formidable Commander of Heavenly Hosts over the proud angel Lucifer, that made him fall like lightning from heaven into the abyss of hell.

“The host of the Archangel Michael is also involved in our daily lives: we start our morning by calling upon our Guardian Angel’s help and, in the evening, we also appeal to him in prayer: “Into your hands, My Lord and God Jesus Christ, I commit my spirit,” since we don’t know what awaits us in the next hour,” said the preacher.

The priest wished for everyone who came to pray in the cathedral that the Lord, through the prayers of the Archangel Michael, strengthens our faith and makes it as steadfast and unshakable as that of the Archangel in heaven.

At the end of the Divine Liturgy, Hegumenia Sergia, the abbess of the Seraphim-Diveyevo monastery, warmly welcomed Archbishop Seraphim in the Fourth Lot of the Most Holy Mother of God and thanked him for his archpastoral prayers during the akathist service beside the relics of Venerable Seraphim, the heavenly patron of the head of the Kaliningrad Diocese, and the Divine Liturgy.

To strengthen him in body and spirit, matushka hegumenia presented Vladyka Seraphim with prosphora and the icon of Venerable Seraphim of Sarov for remembrance in prayer wishing that the Lord strengthens His Eminence as he carries out his archpastoral labors.

In his hierarchical address, Archbishop Seraphim cordially congratulated all those who came to pray there with commemoration day of the Synaxis of the Archangel Michael and all the Heavenly Hosts and with the universal Name Day of every Orthodox Christian celebrated today.

In his sermon, Vladyka Seraphim paid special attention to the interpretation of today’s Gospel reading, “Then the seventy returned with joy, saying, ‘Lord, even the demons are subject to us in Your name.’ And He said to them, ‘I saw Satan fall like lightning from heaven. Behold, I give you the authority to trample on serpents and scorpions, and over all the power of the enemy, and nothing shall by any means hurt you. Nevertheless do not rejoice in this, that the spirits are subject to you, but rather rejoice because your names are written in heaven.’” (Luke 10:17-20).

“We already made our first step on the path to salvation,” the archpastor noted, “by receiving holy baptism and later by taking part in the sacraments of confession and communion. But we must continue on this path. The Lord reveals to us a great multitude of His saints, whose lives we can imitate. Besides, we have the Holy Gospel with all the commandments, and if we follow them, our names will also be written in Heaven.”